Bauchi State Government has reassured development partners and other stakeholders in the health sector that, it will not relent in its effort of providing a safe and habitable environment in hospitals across the state.

The reassurance was given on Sunday by Governor Bala Mohammed who also reassured development partners on the desire of his administration towards the timely release of counterpart funding for the fulfilment of all the agreements and commitments signed.

The governor was speaking at the commissioning of an upgraded Hospital Sanitation Facility at Specialist Hospital Bauchi executed by the State Government in partnership with Water is Right Foundation, a German-based organisation.

Bala Mohammed who described upgrading of the sanitation facilities as timely said that his administration in collaboration with the foundation will extend the project to cover the remaining facilities at the primary healthcare levels across the state.

According to him, with the commissioning of the sanitation facility at Specialist Hospital, Bauchi, two out of the many MoUs and cooperation agreements signed during his official visit to Germany have now been fully executed.

Bala Mohammed also said that the visit to Germany attracted numerous German NGOs and investors resulting in the signing of several MoUs in the areas of agriculture, solid minerals, renewable energy, waste management, education and health. 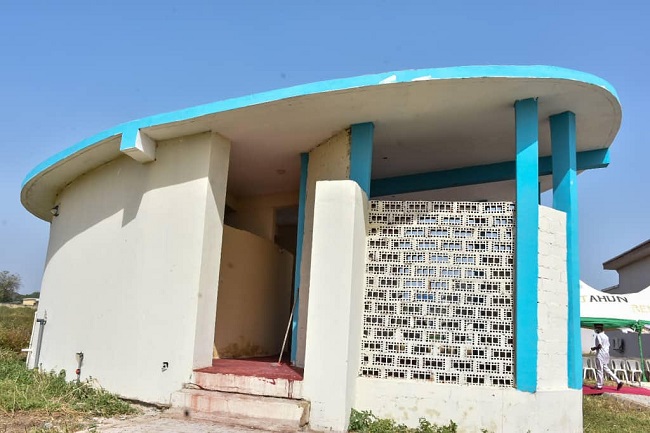 The governor further said that the interventions will complement the ongoing efforts of his administration to stimulate economic growth and provide jobs for the teeming numbers of unemployed youth among others.

He then urged the benefiting communities and medical officers in charge of the affected upgraded hospitals to jealously secure and maintain the newly installed facilities.

He said: “Let me acknowledge the efforts of Nigerian Ambassador to Germany, His Excellency, Yusuf Maitama Tugga who facilitated my working visit to Germany in March 2020.”

The governor at the commissioning ceremony said that the state government has already set up machinery in motion for the implementation of the resolutions of the just concluded Bauchi State Health Summit which will result in the comprehensive upgrading and re-equipping all hospitals and clinics throughout the state.

On her part, the Coordinator of the NGO, Mrs Nancy Musa assured Governor Mohammed of continued partnership with his administration for the welfare and wellbeing of the citizens of the state.

Earlier, the Chief Medical Director of the Specialist Hospital Bauchi, Dr Ya’u Hamid said the project has come at a good time when the hospital is in need of rehabilitation of all its sanitation facilities.