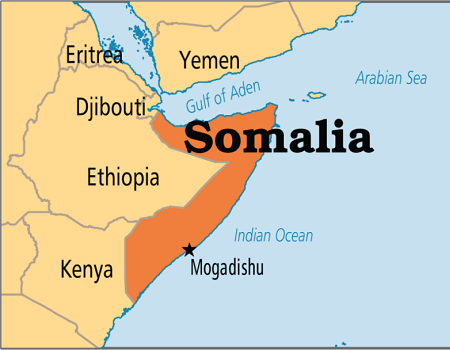 At least 17 people were killed and 28 others wounded when a bomb went off outside a hotel near the international airport in Somalia’s capital Mogadishu on Monday, medical officials said.

The city’s Madina hospital received 17 bodies and 28 people with injuries, 12 of them in a critical condition, said Mohammed Yusuf, the hospital’s director.

The blast went off at the first checkpoint on the road that leads to Mogadishu airport, said Farah Hussein, a shopkeeper who witnessed the attack.

Somalia has been riven by civil war since 1991, when clan warlords overthrew a dictator, then turned on each other Reuters said.