Armed bandits not only our challenge, but informants in our midst, says Suspended council boss in Niger 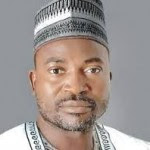 The suspended Chairman of Shiroro local government council, Comrade Suleiman Dauda Chukuba has informed Justice Halima Ibrahim Abdulmalik Judicial Commission of Inquiry that armed bandits were not the only challenge of the communities in the council area, but also the informants to the bandits.

He explained that  the activities of the informants were even more dangerous than the bandits, which were the reasons he refused to disclose the movement of the vigilante groups that were brought in to assist in curtailing the security challenges in the eight wards that were prone to the armed banditry attacks.

The embattled council chairman, who was speaking under cross-examination by the lead counsel to the commission, Barr. Bala Mohammed Usman noted that eight wards of Alawa, Bassa, Chukuba, Kwaki, Erena and Gurmana were under heavy siege/ attack  by the armed bandits.

Other wards according to the embattled council boss included Galadiman kogo, Kurebe and Kushaka wards, all suffered heavy casualties in the onslaught of armed bandits.

He further told the commission that as a result of insecurity in the eight wards, he engaged the services of some vigilante groups and the Joint Taskforce as well as Adara youth initiative to partner with his vigilante groups in the local government area to curtail the insecurity challenges  confronting the aforementioned communities.

Dauda Chukuba said the illegal activities of armed bandits in the areas have been on for almost about seven years before his assupmtion of office as the Executive Chairman of the local government, adding that the N35million in question was approved by the Council’s legislature.

Under further cross examination, the suspended chairman told the commission that he refused to disclose the movement of the visiting vigilante to the public office holders in the council so that they would not leak the information to the bandits.

“It has happened in Galadiman kogo where 19 soldiers were ambushed and killed by the armed bandits, in Chukuba, a mobile policeman was killed and in Gurmana, two vigilante groups were ambushed and killed by the bandits.These were my reasons why I refused to notify the public office holders on the movement of the visiting vigilante groups,” he told the commission.

He further informed the commission that the N35million was expended on the visiting vigilante groups and the Adara youths Initiative as well as the Joint Taskforce (JTF), emphasizing that the huge sums of money were collectively approved by the council legislature and the money was expended in batches.”

Testifying further, the suspended Chairman told the commission that most of the ongoing capital projects in the local government were being funded through a loan sourced from  United Bank for Africa (UBA) through the state ministry for local government and chieftaincy affairs who stood as guarantor.

Comrade Suleiman Dauda Chukuba confirmed to the commission that he was detained at the detention facility of ICPC in Abuja for three days while the Director of Finance and the house leader of the local government were also invited to the ICPC the same day.