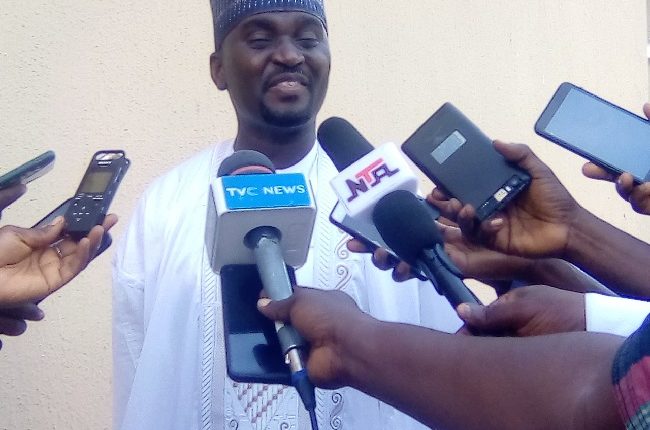 The national chairmanship contender of the All progressive Congress (APC), in the forth coming party national convention, Barr. Muhammad Bello Mustapha has said APC would not be fair to Taraba if party leaders persuade him to step down for the third time.

Mustapha stated this, onTuesday, during his campaign flag-off in Jalingo. He disclosed that Taraba State has never held any position in the party at the national level after being persuaded two consecutive times to step down for other candidates.

According to him, the party would not be fair to the state if leaders allow the same decision to play out.

“I am coming to build an internal democracy, justice and equity to guarantee the party chances of winning at least 80 per cent in the future elections.

“This  would ensure fairness among party members and their states, we can not have a divided house but focus on the way forward to building a better Nigeria and her democracy.

ALSO READ: Yinka Odumakin: The storm is over!

“I have been persuaded to step down for two times and this has denied Taraba State the chance in the party at the national level. I don’t think APC would be fair to the state if party leaders come out to beg me to step down again.

“I have never failed in any of my responsibility from students union to where I am. As a lawyer, building the party is just about fairness, equity and justice which are all I usually preach for.

“I would like the APC leaders and elders to have a rethink and give Taraba the chance to occupy the chairmanship position.

“It would even be fairer if the party decide that the position be given to me by consensus, having been loyal to the party and has stepped down for others in the past as pleaded by the party leaders and elders,” Mustapha submitted.

The human rights lawyer appealed to Nigerians to support president Muhammadu Buhari’s government in it’s fight against banditry and other criminal elements capable of dividing the country.