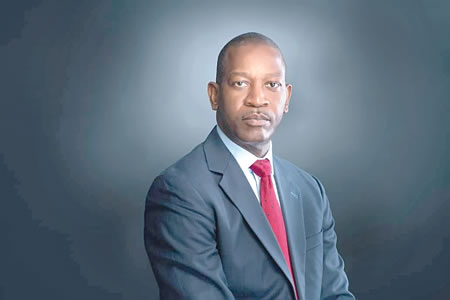 “I have consistently maintained over the years that something is fundamentally wrong with our justice system and it must be fixed for the good of our society. Fortunately, I am not a lone voice on this subject matter. I strongly believe that it is no longer productive to grumble on the sidelines, it is now time for us as lawyers to reform our sector and protect our society.”

These are the words of Dr. Babatunde Ajibade, one of the legal luminaries in Nigeria, who, like others, has shown concern for the situation the legal profession has found itself.

While there are many legal practitioners across the country with the South West region producing several successful luminaries in the legal profession; Adeyemo Alakija, Bode Thomas, Samuel Akintola, Obafemi Awolowo, Fredrick Rotimi Williams, Bola Ige, Gani Fawehinmi and a host of others who have made indelible marks on the sands of time, it will be a misconception to believe that the region had lost its hold in legal excellence.

This is because the region still parades seasoned, quality and unrivaled lawyers who have raised the bar of the profession higher than they met it and have contributed to making the judiciary the last hope of the common man. One of such practitioners from the South-West is Dr.  Ajibade;  a man that has been described as a silent achiever, go-getter and quintessential lawyer having spent over three decades in the legal circuit.

Ajibade is one of the few that stands tall amidst several noisy issues of corruption in the legal circuit with a spotless career record filled with achievements. He was the first member of the 1989 call set to be conferred with the prestigious Senior Advocate of Nigeria (SAN) rank in 2007 and was awarded the International Practice Fellowship of the International Bar Association in Madrid in October 2009 while he became a Fellow of the Chartered Institute of Arbitrators UK (Nigeria Chapter) in January 2015.

The graduate of Obafemi Awolowo University (OAU), Ile Ife, was admitted to the Nigerian Bar in 1989. He obtained an LLM degree in corporate and commercial law from King’s College London in 1990 and a PhD in private international law from the same university in 1996.

He, like many qualified lawyers across the country, has expressed interest in the foremost leadership position of the Nigeria Bar Association (NBA) and his ambition is hinged on his passion and commitment to reposition and realign the association to its pivotal role of promotion and protection of human rights, the rule of law and good governance in Nigeria.

Speaking on his vision, he said; “I became qualified as a lawyer in 1989. I joined this profession with great aspirations for myself and the profession. But over time, I have seen a consistent decline; decline such that lawyers are now treated with utmost disrespect in society.  I have seen a situation where our justice sector has become dysfunctional and our clients are beginning to query the utility of using our services because we are incapable of delivering a service, either at all or within a reasonable time.

“We are incapable of delivering a service that is predictable. We are now in a situation where you tell your client that this is definitely the position, only for you to recant and say the judge decided otherwise, even though the law appeared to be clear. We are fighting for the soul of our nation because if you don’t fix the justice sector, you cannot fix anything in Nigeria. So, I am confident and optimistic that lawyers of like minds across the country will find my candidacy appealing and together we can reform our sector,” he said.

Dr. Ajibade is reputed for his integrity and character; he is known as a great advocate of professionalism and strict adherence to the Rules of Professional Conduct for the legal profession, one of the qualities that facilitated his appointment as the Chairman of Panel B of the Legal Practitioners’ Disciplinary Committee for Lagos on July 11, 2017.

He is a founding member of the NBA Section on Business Law (SBL) and played a significant role in setting the SBL on the course on which it is today.

Dr Ajibade is a strong advocate of a united bar based on the belief that to solve the many challenges facing the profession, members must be united. He said: “The dividing lines we draw between corporate/commercial lawyers and advocates, between law officers and the traditional bar, between in-house counsel and external counsel, between young lawyers and senior lawyers and even the divisions across nationalities and ethnicities hamper rather than aid the course of the legal profession in Nigeria. To successfully fight off threats to the rule of law, encroachment into our profession by foreign lawyers and other professions in Nigeria, and a myriad of other problems the legal profession faces, we must take steps to unite the Bar.”