Property and EnvironmentReal Estate
By DAYO AYEYEMI On Feb 23, 2021 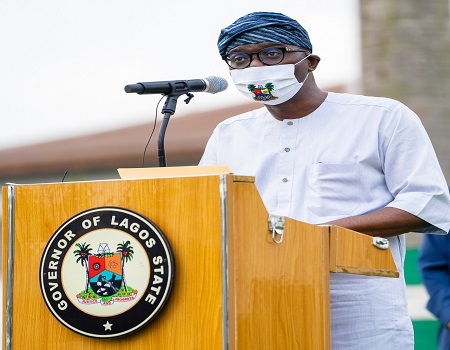 The residents, who trouped out in thousands to welcome the governor, are already expressing hope of improved property values as connectivity to other neighbourhoods is made easy in the area.

One of the residents, Sola Adeyemi, said that with the new dual-carriage road, leading Sango-Ota in Ogun State to Abule Egba, Ipaja, Ayobo in Lagos state, would definitely improve house and rental values in the community.

Besides, he added that the road would mitigate the effect of flooding, which has been a challenge in the neighbourhood.

He assured that his administration would continue to pursue the mass infrastructure delivery vision of late Alhaji Lateef Jakande to enhance connectivity.

According to him, the project demonstrated his administration’s “unflinching commitment to completing all outstanding roads to bring succor” to residents,” adding  that the project was born out of commitment of the government to enhance connectivity, reduce travel time and stress on communities to boost socioeconomic well being.

The governor said that he had earlier inaugurated construction/remodeling of Abesan Youth Center after attending the 8th Day prayer for late Jakande.

Special Adviser to the Governor on Works and Infrastructure, Mrs Aramide Adeyoye, said the project was in line with the vision of the government to stimulate growth of satellite settlements and border communities.

She said Sanwo-Olu had during inauguration of a network of 31 Strategic Road in Ifako Ijaye in December 2019  directed that the Ministry of Works and Infrastructure must ensure speedy completion of the Lagos-Ogun State Boundary Roads Phase II.

According to her, the 2nd phase of the Lagos-Ogun Boundary network of roads involved the construction of four roads with a bridge to improve connectivity with neighbouring Ogun State, while providing multiple travel options within the local government.

She added that single carriageways, inner roads with reinforced concrete drains, cover slab and walkway were on both sides of Adekoya, Makinde and Suberu Oje streets in addition to cross culverts and outfall drains among others.

The construction arose from the need to complement the network of 21 roads and two bridges constructed in phase one of the project to curb perennial flooding on the axis.

The project awarded in May 2018 was handled by Visible Construction Ltd.