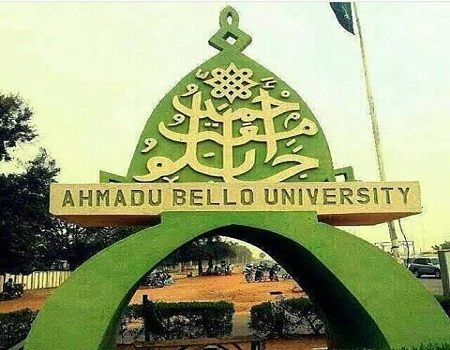 The Ahmadu Bello University (ABU) has assured continuing and prospective students of its Bachelor of Nursing Science programme that recent withdrawal of accreditation for the course would never affect their graduation.

The Director, Public Affairs Directorate, ABU, Dr Isma’il Shehu said this in a statement made available to News Agency of Nigeria (NAN) in Zaria, Kaduna State on Wednesday.

Shehu urged the students not to panic as the university earned full accreditation for the course after intense exercise by the Nursing and Midwifery Council of Nigeria (NMCN) in November 2018.

“The authorities of ABU have said that the withdrawal by NMCN of the full accreditation status of the institution’s Bachelor of Nursing Science programme earned after an intense accreditation exercise in November 2018 will not in any way affect the graduation of students or even those to be admitted in future into the programme,” he said.

Shehu described as “totally false, mischievous and unfounded” the report making the rounds that the institution’s Department of Nursing Science would be closed down and the students therein had no future.

He added that the statement was in response to a series of postings mostly on social media platforms concerning the purported denial of promotion of some academic staff and the impending closure of the department.

“The university had found this embarrassing and it caused a lot of anxiety, especially among some students and parents.

“The matter is fast being resolved jointly in a tripartite dialogue by the National Universities Commission, NMCN and the university.

“The accreditation was not on account of poor academic standards or lack of facilities but because of having as head of the department, an expatriate, albeit highly qualified, Professor of Nursing Science, who was not registered with the NMCN,” Shehu noted.

He said the professor had never refused to register and had since applied for registration with the NMCN.

“It is important for members of the public to also note that it was the expatriate officer that raised the Department to the current academic standard that led to the full accreditation status.

“This he did by training and mentoring of early career lecturers in core nursing science.

“This is one of their desperate efforts by seeking and investing in students and parents’ emotion to blackmail the university management into allowing them to perpetrate their illegal occupation of positions they do not qualify for.

“No university will ever allow a lecturer whose qualification is Bachelor of Nursing Science, MSc Sociology, PhD Sociology to teach and supervise undergraduate and postgraduate students’ research projects in MSc and PhD nursing science.

“The primary duty of the lecturer is not just to teach but also to create knowledge, and you cannot give what you do not have,” he said.

Meanwhile, a new Head, Department of Nursing Sciences, had been appointed by the Vice-Chancellor, Prof. Ibrahim Garba, in the person of Dr Muhammad Awwal Ladan, for a period of one year.

The new HOD took over from Prof. Hayat Gommaa, the man at the centre of the accreditation crisis.