Abubakar calls for mobilisation for COVID-19 vaccine immunisation in Kogi 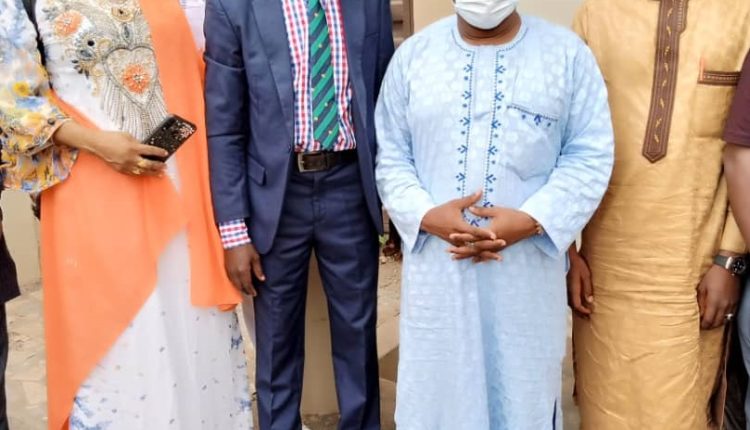 The Executive Director made the call when the Forum of Supervisory Councillors for Health in the state paid him a solidarity visit in Lokoja.

Dr Abubakar who said the COVID-19 Vaccine is safe and posed no threat to human health said there was need for mobilisation for effective vaccination.

The vaccine he said is meant to reduce the spread of the virus as it boost ones immunity against the disease, saying that regulatory bodies like WHO and NAFDAC have certified the vaccine for human consumption.

The Executive Director who underscored the importance of the Forum to the delivery of Health Care services in the state said the Agency would work in synergy with the Forum for effective supervision of Health Programs at the Local Government Level.

In his address, the Chairman Forum of Supervisory Councillors for Health in Kogi State, Hon Abrahim Attairu thanked the Director for the reception, noting that the Forum would work with the Agency for a robust Primary Health Care services in the state.

The British Parliament at the Westminster Hall held a debate on ‘e-petition 554150, relating to Nigeria and the sanctions regime’ on Monday. The government of the United Kingdom has however responded…Abubakar calls for mobilisation

The surprise visit made on Friday night by the leaders of the ruling All Progressives Congress (APC) to former President Goodluck Jonathan at his residence in Abuja triggered a stir in the major political camps, resulting in at least four possible theories…Abubakar calls for mobilisation