A sumptuous feast with laureates

Arts and Culture
By Akintayo Abodunrin On Nov 1, 2020 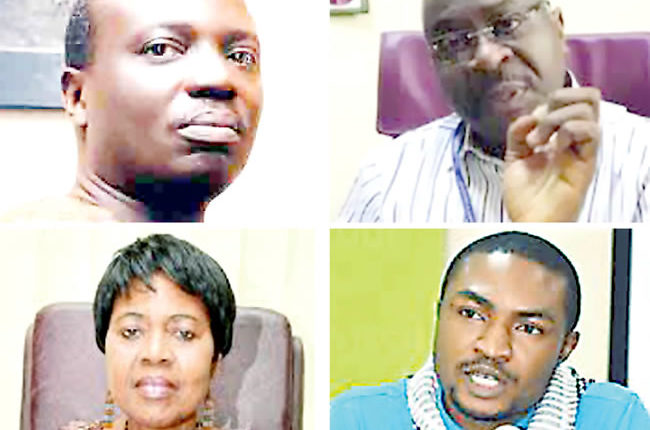 Past winners of the Nigeria Prize for Literature inaugurated in 2004 shared some of their inspiring  stories, experiences and current engagements at a virtual book party held recently.

IT was time well spent for the literati recently at a virtual book party jointly organized by the Nigeria Liquefied Natural Gas Limited (NLNG) and Committee for Relevant Art (CORA) on Zoom.

The event afforded attendees to catch up with past living winners of the Nigeria Prize for Literature sponsored by the NLNG.

Though the COVID-19 pandemic caused the cancellation of the 2020 edition that would have been awarded for prose fiction, the book party was a worthy replacement that connected the sponsors, literary community and general public.

Dramatist and winner of the 2014 prize, Professor Sam Ukala (Iredi War), journalist and writer, Abubakar Adam Ibrahim who won in 2016 with his novel, ‘Season of Crimson Blossoms’, 2018 winner, Soji Cole (Embers) and Jude Idada, who won last year with ‘Boom Boom’ also featured at the party.

Though the 90-year-old co-winner of the 2007 edition, Mama Mabel Segun (Reader’s Theatre) couldn’t attend, she sent a speech. The 2008 winner, Kaine Agary (Yellow-Yellow) and 2012 winner, Chika Unigwe (On Black Sister’s Street) were unable to join.

She also acknowledged the support from the literati. “Since its inception in 2004, the annual Literature Prize has continued to inspire and celebrate outstanding works of literature in the country because of the unflinching support it has received from different sectors of the society that are represented here today. “

Fatayi-Williams who added that the NLNG was open to more beneficial partnerships for the advancement of creative and critical writing in Nigeria apart from the ones with the Nigerian Academy of Letters and CORA, reiterated the importance of building a better Nigeria with literature.

On the importance of the book party, she said, “This kind of interaction and support from all of you fuels our commitment to continue using the prizes for literature andliterary criticism to promote quality literature, to encourage reading.