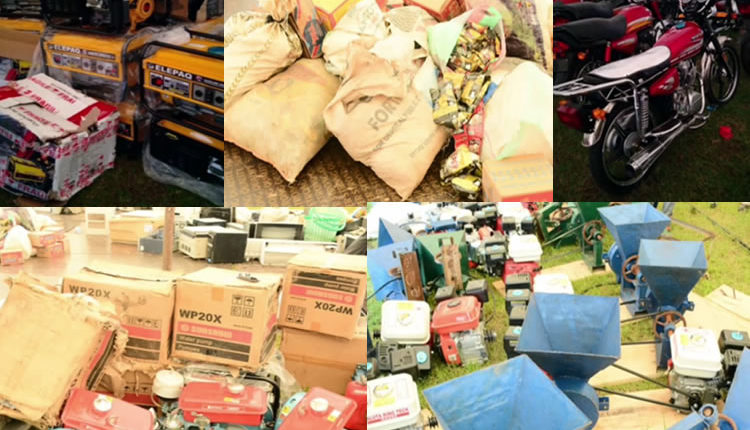 The state governor, Gboyega Oyetola made this known during the inspection of some of the recovered loots deposited at the parking lot of the Government House, Osogbo.

The governor who affirmed that there is no hiding place for looters in the state maintained that, those who refuse to embrace the offer of the government will face the full wrath of the law.

“I want to commend those who had voluntarily returned their loots so far and I am calling on other looters to take advantage of the hours left in the amnesty period for there will be no extension of any sort.”

“I am happy that some of the looters decided to heed the call within the amnesty time to voluntarily return the loots and items that had been stolen.

“For us, this voluntary return of the loots is a welcome development. The intention is to assist the various owners of these items to have the opportunity of getting their properties and belongings because we believe strongly that it is going to be a big setback for them to have all these properties lost.

“Other people who have not returned what they looted still have the opportunity under 24 hours to return those things they have looted because, after the expiration of the remaining 24 hours, the government will step in to enforce the law.

“What they should realise is that there are a lot of video clips and video coverage for all the looting that took place in the State. The implication of this is that there is no hidden place for anybody that looted anything in Osun.

“So, it is in their interest to voluntarily return all the items or face the wrath of the law after the expiration of the 72hours. We are not going back after this period. We are going to go from house to house to retrieve the looted items.

“So, I am telling whoever participated in this exercise of looting to take the opportunity of this amnesty and return the loot”, he submitted.