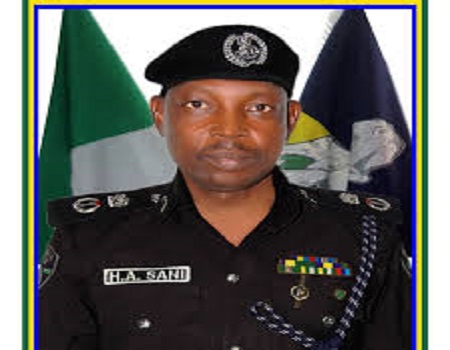 A total of Seventy-two people have been arrested by Bauchi State Police Command in respect of alleged armed robbery as part of proactive measure in the ongoing fight against crimes and criminality in the State.

The suspects according to the Police Command were arrested under the special operation code named, “Operation Puff Adder” in connection with armed robbery, kidnapping and other heinous crimes committed across the State in the month of October, 2019.

While parading the suspects at Command Headquarters on Saturday, the Police Commissioner, Habu Sani Ahmadu said that they have confessed to have been involved in the armed robbery attacks on residents of Gida Dubu, Fadaman Mada, GRA, Waterboard Quraters, Turum, Madina Quarters and Bakaro among others all within Bauchi metropolis.

The suspects were also said to have confessed to killing one Usman Mohammed in the month of April, 2019 along Zaranda Hotel while Some of the victims have identified the suspects as responsible for the attacks and robbery against them.

Also, a kidnapping gang terrorising Mansur Gwana and Gwaram areas of Alkaleri LGA, involved in the kidnapping of one Alh Kawun Kawu, 60yrs and his Son, one Hamisu Alh kawu, 29 years on 30/8/2019 at 0130hrs and collected N1.5 million ransom.

Another kidnapping gang terrorizing Toro LGA, involved in the kidnapping of one Fatima Adamu, 16 years of Bakin Ruwa Toro LGA on 15/10/2019 at 1800hrs was arrested by the Police.

Other suspects include those involved in Criminal Conspiracy, Theft, Receiving Stolen Property, Thuggery and being in possession of dangerous weapons.

Out of the total number of 72 suspects arrested, 57 of them have been charged to court 57 while 15 of suspects are still under investigation 15 just as 10 assorted arms were recovered from them.

The Command then re-assured the general public of its unwavering commitment to sustaining peace in the State and urged all citizens to go about their lawful business without fear, as it appeals for more cooperation and support by providing useful information and reporting incident promptly to the Police and other security agencies.