5 days after daughter’s killing: APC condoles with Fasoranti, accuses Obasanjo, Jonathan of playing to the gallery 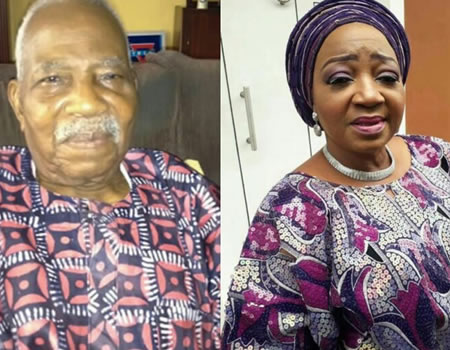 Five days after the murder of Mrs Funke Olakunrin, daughter of the leader of Chief Rueben Fasoranti, Afenifere leader, the All Progressives Congress (APC) has expressed its sympathy with the family over her demise.

Mrs Olakunrin was killed last Friday along Ore-Shagamu Expressway by gunmen, suspected to be Fulani herdsmen.

The APC in a statement issued on Wednesday and signed by its national publicity secretary, Mallam Lanre Issa-Onilu, expressed “concerns over cases of violent crimes recorded in some parts of the country, particularly the recent and unfortunate killing of Funke Olakunrin, daughter of Chief Rueben Fasoranti, Afenifere leader.”

The party said it joined President Muhammadu Buhari administration and all peace-loving Nigerians in extending condolences to the family of the late Funke Olakunrin on the sad and painful loss.

Mallam Onliu, however, said the APC was disturbed by what it called recent reckless and provocative statements ascribed to some leaders and interests in the country.

The party accused certain leaders, of “inciting actions and rhetorics that were counterproductive and dangerous particularly in a multi-ethnic country such as ours.

The APC specifically accused Nigerians of ethnic profiling of incidences of kidnapping, banditry and armed robbery across the country.

The statement reads in part:” Inciting actions and rhetorics are counterproductive and dangerous particularly in a multi-ethnic country such as ours.

“Terrorism, kidnapping, banditry, armed robbery and other crimes must be condemned by all. There is nothing like an Isoko, Gwari or Awori robber because criminality has no tribe in the eyes of the law.

“We must remind ourselves that many of the recorded genocides all over the world started through unchecked prejudices and systematic profiling of racial, political and cultural groups. God forbids our dear country descends into such savagery.

We reject the notion of a Nigeria where any ethnic group is unwelcome in any part of the country. Every Nigerian must be free to live and work in safety anywhere in the country.”

In an apparent reference to concerns expressed by two former Presidents, Chief Olusegun Obasanjo and Dr Goodluck Jonathan over the scary security situation, the APC accused them of intemperate language and actions and further submitted that they failed to tackle incidents of crime while they were in office.

“Our leaders have an important duty to be temperate in their language and actions. We must be wary of partisan individuals, many of whom formerly occupied elective positions but failed to tackle many of the criminalities we face today. We must be wary of these leaders who now play to the gallery to incite, spread hate and intolerance in the country. Their interventions are not patriotic but in pursuance of their political and selfish interests.

“The APC urges the President Muhammadu Buhari administration, the National Assembly, our religious, traditional, political leaders and indeed all well-meaning Nigerians not to be distracted by these unpatriotic antics. We may not agree on some issues in our national life, but we must continue to explore all peaceful and legitimate avenues to tackle our challenges and find amicable common ground to our disputation. Finally, we also call on relevant security agencies to intensify ongoing effort to rid the country of crime, particularly the violent type.”