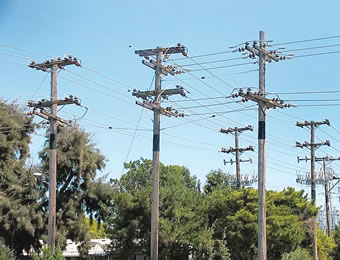 A 40-year-old man, Muhammad Bulala, has been electrocuted in Auyo Local Government area of Jigawa, the police have said.

SP Abdu Jinjiri, the Police Public Relations Officer (PPRO) in the state, told the News Agency of Nigeria (NAN) on Tuesday that the incident occurred in Gamsarka village at about 2:20 p.m. on Monday.

Jinjiri said that the deceased got electrocuted after climbing an electric pole to reconnect a cable earlier disconnected by the officials of Kano Electricity Distribution Company (KEDCO).

“On Jan. 27 at about 3 pm., the police received a report from Gamsarka in Auyo LGA that, at about 2:20 pm, Bulala, aged 40, deliberately climbed a KEDCO pole cable.

“He climbed the pole to reconnect a cable earlier disconnected by KEDCO officials due to non-payment of bill.

“Unfortunately, he got electrocuted, fell and died on the spot,” he said.

The police spokesperson said that the corpse was initially taken to Auyo Comprehensive Hospital and was later released to his relatives for burial.

He said that investigation into the case was ongoing, adding, however, that no foul play was suspected.