22 year old man charged with gang-raping girlfriend with others 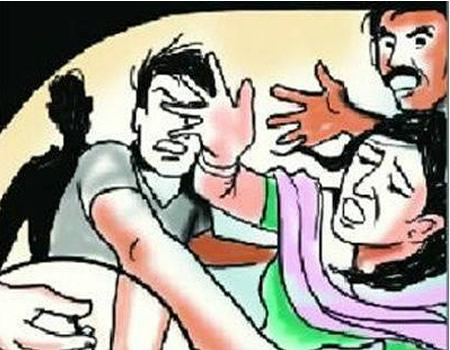 A 22-year-old man, Subaru Folawiyo, who allegedly gang-raped a 25-year-old girlfriend with others still on the run, was on Thursday brought before a Yaba Chief Magistrates’ Court, Lagos.

Folawiyo, who resides in Surulere area of Lagos, pleaded not guilty to a two-count charge of conspiracy and rape.

The prosecutor, Sgt Ibijoke Akinpelu, told the court that the accused with others still at large committed the offences on April 4 at about 3.52 p.m. at Block 4, Flat 2, Off Bello Road, Surulere.

Akinpelu alleged that Folawiyo and his accomplices gang-raped the girl.

He said the accused was later apprehended after the girl reported the case at the Police Station.

The offences, according to the prosecutor, contravene Sections 260 and 411 of the Criminal Law of Lagos State, 2015.

The Magistrate, Mrs A.F. Adeeyo, granted the accused bail in the sum of N200,000 with two sureties in like sum and adjourned the case until May 31 for trial.

Commission to expose children to unspeakable in museums