2023: My hope to get Lagos working again ― Gbadamosi 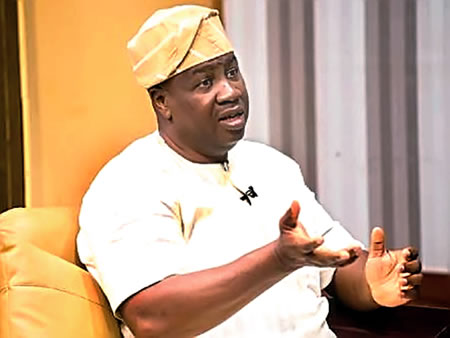 Gbadamosi said he envisioned a Lagos state that would surpass the laudable and impactful feats of the former Governor of the state, Lateef Jakande.

“My hope is that we can be in a society where everyone can have equal access to better healthcare, possibly free. That all children have access to quality education which had been done in Lagos before and started again in Oyo State with its meagre resources.

“I want a Lagos where the money would be given its real value, not devalued. Here in Lagos, we talk about road construction in billions per kilometres and that has to stop. We are not getting value for the money we are spending” Gbadamosi said.

While explaining the reason for meeting with the Civil Society Organisations, Babatunde said it was necessary to gauge the temperature of Lagosians regarding the sectoral policies of the state.

He described the CSOs as the voices of the people hence, the need for the meeting listening to their yearnings in order to innovate implementable strategies for the development of the whole system.

“Civil Society Groups cover a number of areas and one of the areas that are dear to me is Education. Another is Health. Another is Power. And the Groups cover a broad range of those areas for humanity in Nigeria and Lagos in particular.

“So, their experiences are invaluable in these areas and it must be taken into account in all things that we do.

“They are the voice of the people. We need to hear what it is that are the concerns of the people and Civil societies are one of the best ways of gauging the temperature of the people that one is looking to work for.

“So, it was important for us to engage and to find common grounds where possible so that we look at what we can do to make things better.

Babatunde noted that he does not have a monopoly of ideas for even though there are certain ideas on the ground that could affect the image of Lagos state positively if implemented.