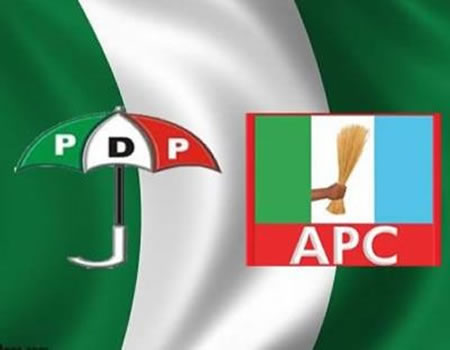 The process of the passage of the 2019 election budget of the Independent National Electoral Commission (INEC) got a lot more complicated on Friday as senators and members of the House of Representatives were divided on the matter along party lines.

There have been heated arguments as to which of the two proposals before the National Assembly should be approved by the joint standing committee that is considering the budget.

The committee had invited the chairman of INEC, Professor Mahmood Yakubu, to defend the proposals.

But on Friday, the lawmakers further became divided on which of the two proposals to approve.

While lawmakers belonging to the ruling All Progressives Congress (APC) largely argued for the passage of N189 billion, those of the Peoples Democratic Party (PDP) supported the approval of N143 billion, while carrying over the balance to the 2019 budget.

The Minister of Budget and National Planning, Senator Udoma Udo Udoma, who also made submission before the joint committee led by Senator Suleiman Nazif (PDP Bauchi North), said although the N189 billion requested by INEC was the total sum required for the general election, President Buhari had decided to break the expenses into two due to paucity of funds.

The minister said the President decided to break approval for it into two folds by seeking virement for N143 billion for INEC this year while the balance of N45.6 billion would be taken care of in the 2019 budget.

He said if the committee wished to approve the entire N189 billion without resulting in increase in the N9.12 trillion 2018 budget size, the executive would welcome the development.

“Mr President will have no objection to the National Assembly approving the entire N189 billion INEC budget as long as it does not in any way lead to increase in the overall size of the 2018 budget.

“If this is to be done, the N45.6 billion the President, in his letter, proposed to be provided for in the 2019 budget would also have to be vired along with the N143 billion from the N578 billion fund appropriated for in the 2018 budget by the National Assembly for the additional 1,403 projects included in the budget,” Udo Udoma said.

When asked by the committee members whether he had authorisation on the submission he made for the approval of the N189 billion as against N143 billion requested by the President for INEC this year, the minister said the National Assembly was free to apply discretion.

“Discretion on which of the requests to be approved by you now is yours. If you approve the N143 billion the President requested for, it is okay and if you approve the entire N189 billion for INEC this year, it is also alright.

“Any of the two is okay for the executive except that if you approve the N189 billion through virement, the N45.6 billion planned to be captured in the 2019 budget would no longer be part of the budget estimates for that year,” he said.

Arguments in respect of the submissions by the minister, however, took partisan lines as PDP lawmakers like Senators Mohammed Hassan (Yobe South) and Isa Misau (Bauchi Central) and Honourables Wole Oke (PDP Osun) and Ogbeideihama Omorege (PDP Edo) declared that the sum of N143 billion requested by the President should be approved.

Disturbed by the development, the chairman of the committee, Senator Nazif, said the essence of inviting the budget minister and the Presidential Liaison Officer in the National Assembly, Senator Ita Enang, as well as INEC officials to the sitting was to display the transparent, nationalistic and accountable attitude of the National Assembly.

He cautioned against partisan approach to the debates.

“We are not here to play politics with the 2019 election budget. No confusion, no ambiguity on submissions made and requests before us.

“It is our prerogative as a committee to critically look into all the details and recommend either of the two requests for approval by committee of the whole at both chambers,” he said.

He adjourned the sitting indefinitely.v