You are my leader, Fayose tells Makinde at PDP South-West zonal congress, begs for forgiveness 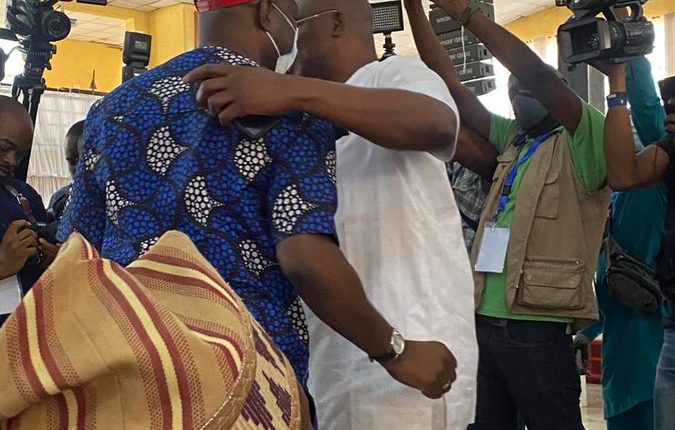 Former governor of Ekiti State, Ayodele Fayose, on Monday, stunned all stalwarts and members of the Peoples Democratic Party (PDP) at the South-West zonal congress in Osogbo, Osun State, when he declared that Governor Seyi Makinde of Oyo State remains his leader in the party.

Fayose, in his remarks before the commencement of the congress, affirmed that “Seyi Makinde is my leader. He is our leader and remains our leader. Enemies should not come in between us because we are one.

“If I have offended anybody in the party, I beg for forgiveness and whosoever that might have offended me, I have forgiven them also. If Arapaja wins the election, I will be the first person to go to him and congratulate him on his victory.

“Though, he had tonguelashed me time without numbers but despite that, I will still rejoice, dine and wine with him if he wins. We are one family and our unity should be paramount in our minds.”

In his own remark, Governor Makinde described the exercise as a family affair and charged all party members to take the outcome of the election without causing problems.

“We are to reposition the party and whatever the outcome, it will be taken as family affairs. At the end of the exercise, there will be no victor, no loser and whoever that wins will have my support and I will work with him.”

You are my leader, Fayose tells Makinde at PDP South-West zonal congress, begs for forgiveness

JUSUN strike would have been unnecessary if… ― African Bar Association Pres