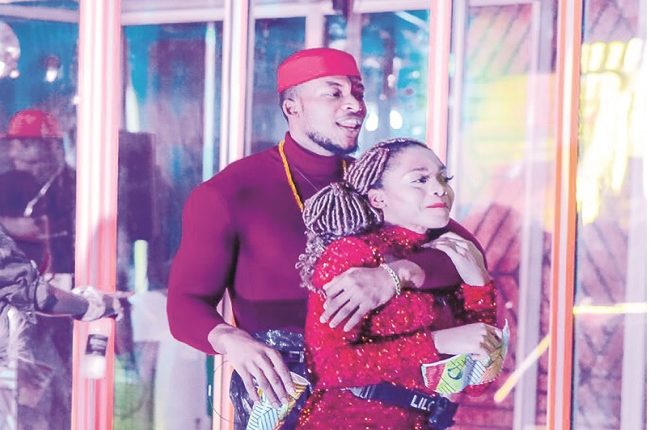 On Sunday, August 2, we all witnessed the first set of evictions from the Big Brother Naija show. Big Brother doesn’t do anything in half measures, so of course, it was a double eviction!

As we all know by now, BBNaija Lockdown housemates Lilo and Ka3na were evicted from the show. The newly evicted housemates, Lilo and Ka3na opened up on their two-week stay in the house during a media tour with Betway.

During her short stay in the BBNaija house, Lilo became pretty intensely involved with fellow housemate, Eric. According to her, this was probably why she got evicted. She got too involved with Eric, hanging out only with him and barely interacting with the other housemates.

“My relationship with Eric distracted me from showing my personality”, she said.  “Eric and I just started off as friends but we got close and emotions got involved.”

She also explained that the entanglement with Eric did not allow her to properly display her personality to the housemates and the audience. Surprisingly, Lilo said that she was still in a relationship with the boyfriend she had been dating for a year before joining the show.

When discussing the other housemates, Lilo said that she thought Ozo would be a strong contender for the grand prize at the end of the game because he is organised and focused. She also said she bonded with Laycon during the show and looked forward to hanging out with him after their time in Biggie’s house. However, she was hurt that Vee nominated her for eviction because she thought they were friends.

Her time in Big Brother’s house might be over, but Lilo is moving on with her plans. She has a fashion brand that she wants to build and is looking forward to collaborating with interesting brands for endorsement deals.

FG Increases Hate Speech Fine From N500,000 To N5m
THE Federal Government has announced that its newly- unveiled reviewed Nigeria Broadcasting Code has provisions to increase the hate speech fine for people found culpable of hate speech from N500,000 to N5 million. This is as it said the amendment of the broadcasting code is boosting local content, among other provisions…Eric distracted me

Another Alleged N6.2bn Palliative Fraud Hits NDDC •Official Petitions Senate, Demands Dissolution Of IMC
FEW weeks after the nation was treated to mindboggling revelations of misappropriation of N1.5 billion by the Interim Management Committee (IMC) of the Niger Delta Development Commission (NDDC), the Federal Government intervention agency is in the news again over alleged embezzlement of N6.2 billion approved for palliative by President Muhammadu Buhari…Eric distracted me

Chinese Loans: $400m Project Abandoned After Completion
THE National Public Security Communication System project for which Nigeria took a $399.5million from China and has paid $76.83million as part of the principal as well as $84.92million interest has been abandoned, Nigerian Tribune can authoritatively report…Eric distracted me

China’s Greek Gift To Nigeria
A report in a British tabloid in December 2006 indicated that Britain paid the final payment on a multi-billion-dollar loan it obtained in 1945 for rehabilitation, reconstruction of its infrastructure after the devastating the Second World War. According to the report, its creditors were the United States and Canada, which Britain transferred £43 million and £12 million respectively. The original loan of $4.34bn which was equivalent to £27bn as of 2006, was drawn to prevent Britain from falling into bankruptcy due to aggravated and colossal damage caused by…Eric distracted me

David Luiz, Jesse Lingard, others to feature on MTV cribs