Why we want to showcase Ogbomoso indigenes ― OCF 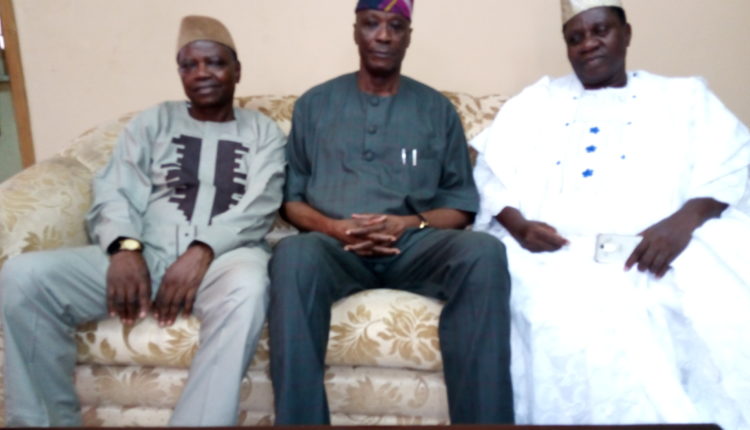 Some indigenes of Ogbomoso land will be honoured in August in appreciation of their contribution to the community.

Disclosing this at a press briefing organised by the Ogbomoso Community Foundation (OCF) in Ibadan, Oyo State on Thursday, chairman of the foundation, Alhaji Kelani Sanni, said the event slated for August would focus on those who have contributed to the progress and development of Ogbomoso community.

Speaking on behalf of Alhaji Sanni, vice chairman of the group, and chairman, planning committee, former Assistant Inspector General of Police, Alhaji Shehu Babalola, said that the leadership of OCF, the umbrella body of groups of indigenes under the leadership of a former military administrator of Ogun State, General Oladayo Popoola, decided to showcase, appreciate and recognise the iconic sons and daughters of Ogbomoso based on their hard work and integrity.

He added that honouring the shining lights is for two reasons. The first one, he said, is to appreciate them for their positive impacts on humanity, while the other reason is to encourage youths to work harder so as to be able to contribute their quota to Ogbomoso and the society in general.

“It’s saddening that our society is on the verge of losing its values and norms with the ravaging vices of various grades and shapes which include kidnapping, robbery, prostitution, terrorism among others, and culprits are mostly youths. We as their mentors and leaders cannot fold our arms. We have to engage any positive means to nip all the vices in the bud so that they can live up to societal expectations, and also be successful in their aspirations.

“We want to also use the occasion to point to all and sundry that hard work pays and that everyone Is under the eagle eye of the public,” Alhaji Sanni said.
The OCF boss said during this year’s programme tagged ‘A Night With Stars’, about 100 indigenes of Ogbomoso who have been making remarkable waves in their chosen careers would be honoured.

Alhaji Sanni added that the event would feature other side attractions such as Aso Ibile parade, Orepotuyi- Ogbomoso gbegiri cuisine, salads, among others.
Speaking on the activities of the group since its establishment about two decades ago, Alhaji Sanni said: “A lot has been achieved. We’ve organised Agric show to our farmers, free medical outreach to community members, scholarship for indigent students, empowerment of traders, especially women and so on and this year would not be any different. It will be exceptional.”

He further advised youths of the community to always focus on things that will bring development and positive changes to the socioeconomic status of Ogbomosoland, just as he promised that their efforts would not be in vain.