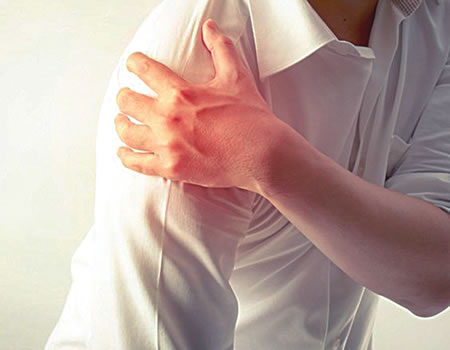 Although, it is commonly said that work is the antidote to poverty, an expert in the management of pains, Dr Michael Ogunlana had cautioned that work could also be a source of back, shoulder and neck or musculoskeletal pain, even among workers in hospitals.

Dr Ogunlana spoke in a webinar hosted by The Society for the Study of Pain, Nigeria on the theme “My Work, My Pain: Prevention of Work-related Musculoskeletal Pain”, stated that activities like prolonged standing and sitting, frequent bending and lack of rest or break during work had predisposed many to pain and discomfort at work.

The expert said although individuals learn the concept of pain through life experiences, a person’s report of experience as pain should be respected because situations in the workplace occasioned by hazardous environments can create pain.

According to him, “Heavy, frequent or awkward lifting, repetitive tasks, awkward grips or postures, excessive force or overexertion, wrong or improper tools for the job and hand-intensive work  are situations that can cause  work-related musculoskeletal disorders.

“A study that involved staff of Federal Medical Centre, Abeokuta indicated that work-related musculoskeletal pain was present in 71.9 per cent of all of them.  Also, 41.6 per cent had back pain while 39.5 per cent had upper neck pain.”

Dr Ogunlana, however, said that orthodontic technicians and medical rehabilitation therapists top the list of those that stand a higher risk of work-related musculoskeletal pain because of prolonged standing, frequent bending, awkward posture and repetitive movements.

He added that employees should always sit with the back properly supported on their job and always take a micro pauses during work even as employees should be required to proceed on leave after a maximum of six months of consecutive work period.

Understanding A Community Drug Problem: How To Tackle An Epidemic?