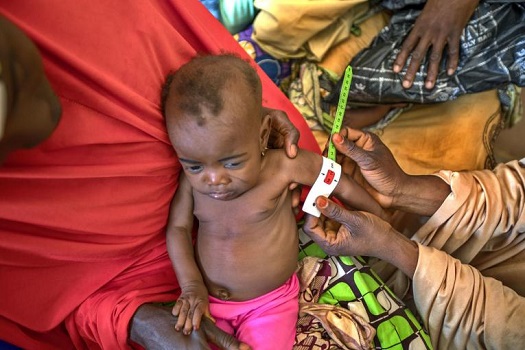 Dr Beatrice Oganah-Ikujenyo, a Chief Lecturer, Adeniran Ogunsanya College of Education, Oto-Ijanikin, Lagos, who spoke at the fourth Protein Challenge Webinar with the theme: ‘Protein Deficiency in a Pandemic’, said that these foods were underexploited  despite being more nutritious.

She declared that foods do not necessarily have to be expensive to be healthy but urged that at all times, people’s diets should include all classes of food stipulated in the food group pyramid.

Dr Oganah-Ikujenyo said individuals should adopt cooking practices which help retain the nutrients in the foods such as steaming, roasting, baking and boiling and urged people to engage in home gardening to augment what has to be bought.

Dr Monica Omo-Irefo, a Principal Medical Officer, Asokoro General Hospital, Abuja, said Protein Energy Malnutrition (PEM), a form of malnutrition could be life-threatening and is linked to 45 per cent of deaths among children under the age of five years.

According to her, this form of malnutrition can be treated using locally available foods such as Kwash-Pap, Dietrend and RUTF.

“Kwash-Pap is made using raw guinea corn pap, raw egg, banana, sugar, oil and milk. Dietrend is maize, groundnut and soybeans. While RUTF (Ready to Use Therapeutic Food) is made up of milk, peanuts, sugar, vitamins and minerals. All these have been tried and tested methods of treating malnutrition”, she said.

A public health physician, Dr Adepeju Adeniran, said COVID-10 had worsened malnutrition crisis in the country  because the food supply chain was severely threatened during the lockdown period as farmers, transporters and food sellers were restricted in movements.

She declared: “Availability of food groups dropped, prices of foods went up, household earnings went down, scarcity of food by displacement occurred from the rural producers to the urban consumers. Animal proteins take a long time to produce; humans consume mostly the adult form of animal proteins. Even dairy and eggs can only be produced by adult animals, which must have time to grow and develop.”

Dr Adeniran, however, advocated a well-designed processing and storage systems to augment the effects of COVID-19 on nutrition.