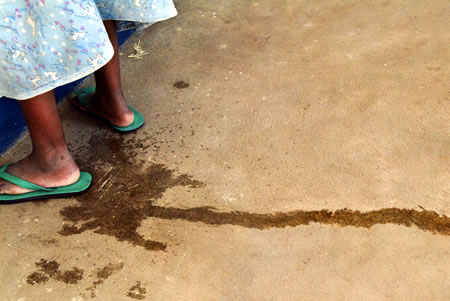 UNFPA with support from the South Korean government has trained 40 doctors and nurse to reduce the burden for obstetric fistula in the North-eastern Nigeria, arising from poor access to antenatal care due to insecurity issues in the area.

The programme tagged “Strengthening Capacity for Care of Women Living with Obstetric Fistula in the Northeast part of Nigeria” also afforded 58 women access to the surgical repair of one form of the obstetric fistula or the other.

Professor Dosu Ojendegbe, the programme’s principal surgeon stated that the three week’s long training at State Specialist Hospital, Yola, on prevention and treatment of obstetric fistula had become necessary to tackle the high burden of obstetric fistula arising from poor access to antenatal care due to security issues in the zone.

According to him, insecurity in the Northeast had further reduced the access to quality care, especially for women and children, and contributed to the increase in maternal mortality and maternal morbidity in the area.

He stated “If there is insecurity, the women will not be able to access facilities to have antenatal care or to have support and care during delivery. Therefore, this was done so that doctors in the Northeast can be trained in the surgical repair of obstetric fistula. This is an area that has a high burden for obstetric fistula.

Professor Ojendegbe assured the capacity training of health workers to prevent obstetric fistula would go a long way to improve the health care system in those facilities as well as improve the health and development of women and children, particularly in Yobe, Borno and Adamawa states.

“Before now, we have people who can repair simple obstetric fistula. Actually, two of them are gynaecologists. But we have now strengthened their capacity to be able to take on more difficult cases for which there was no service at all in some of these states, like Yobe.

“We will continue to monitor them by occasional visits and further support them through online training. That means access has been expanded, quality has been improved and quality of life has been restored.”

WEBINADEMIC: How nonprofits stepped up training for campus journalists despite COVID-19 lockdown