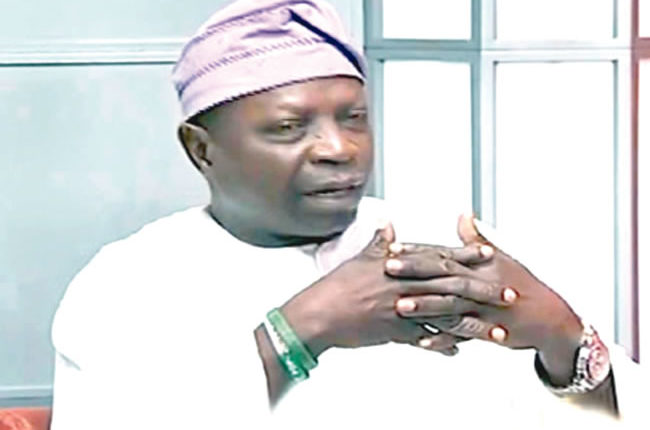 Dr Tokunbo Pearse, the governorship candidate of the Social Democratic Party (SDP) in Lagos State in the 2019 general election, contested for Congress in New York, United States of America in 2014. He speaks to BOLA BADMUS on the challenges facing Nigeria.

The country is going through a difficult time, so what can you say about the state of the nation?

It seems we are really more like 60 years foolish; we are 60 years behind where we should be. It appears that we take one step forward and two or three steps backward. One administration after the other has been a disaster. The military took us through years of tragedy. After the military, from 1999, it appears we were on the path of democratic progress. It was a new beginning. It was an opportunity for renewal. Unfortunately, the 1999 Constitution brought by Gen AbdulsalamiAbubakar has been an albatross; the noose around the neck of Nigeria.

This constitution has put almost everything in the hands of the Federal Government. ithas deprived the states access to their natural, mineral resources. So, due to the flaws in the constitution, which is mainly over-centralisation of government, we have increased insecurity, we have had an inability of police to secure our people. We have an increase in poverty. The  economy is monolithic; the economy has also been centralised around oil. Instead of allowing the different states to have access to their mineral resources, as we had during the First Republic. In other words, until we change the constitution to decentralise to reflect what we call true federalism where the different units become autonomous to a great extent and a few things are left in the hands of the Federal Government, we are not going to make any progress.

The southern leaders, Pan-Niger Delta Forum (PANDEF), Afenifere, Ohanaeze N’digbo, North-Central group, all of them have signed a petition. It titled: Nigeria must be restructured. And when we say restructuring, we are saying decentralisation of government institutions so that in your states, you can have access to whatever you need instead of having to go to Abuja.

People are suffering. In the North, only maybe two per cent of people are living out of poverty; the rest are poor. Their leaders don’t care; that’s the problem. And it is the southerners,who are crying now that we must restructure. And the reason they are shouting in the South is because of political exploitation and abuse.

You were talking about restructuring the country but many still appear not to understand the issue. What is it about?

If people are sincere, it’s very easy. Remember I told you about Obasanjo who believed restructuring would only split the country into 36 different states and now, he understands that restructuring is good. What we mean by restructuring is meeting these conditions. It is better if Buhari and the National Assembly, working on the constitution, can meet these conditions. One, on state security, let the states handle their own police as is in a federal system so that if a law is enacted by the Assembly of a state, the police of the state can enforce it. Does it not make sense? That is restructuring in the context of security.Imagine in Benue, when the Samuel Ortom administration enacted a law on Open Grazing; that there should be no open grazing, they could not enforce the law because they had to rely on the Nigeria Police to enforce it. So, the Inspector-General of Police said: “No, allow these people to graze, whereas if we have a state police, such law would be enforced by the police of the state. There would be no conflict; they would not call anybody from outside to come and talk about their issues. How can you bring police from ZamfaraState to policeDelta State? A policeman that cannot speak the language of the people. This is where we fail, this is what we are saying.

Two, people are saying if you give them state police, how would they finance it? It’s part of restructuring. Let every state have access to their mineral resources so that as it was in the First Republic, they would use their God-given resources to develop their economy. For instance, Zamfara has gold and phosphate. Yet, the state is poor; if I show you the Internally Generated Revenue (IGR) of each state, you would be shocked. It is the 1999 Constitution that is preventing them using their mineral resources. Imagine if we couldn’t use cocoa;if we couldn’t use rubber in the First Republic, where would Chief ObafemiAwolowo get money to do what he did in the Western Region? Where would Sir Ahmadu Bello get money to do what he did in Northern Region if they could not tap into their resources in the North? Everybody is now waiting for oil which is a wasting asset. Even if it’s just fiscal restructuring, we will now revisit the issue of taxes to the states.