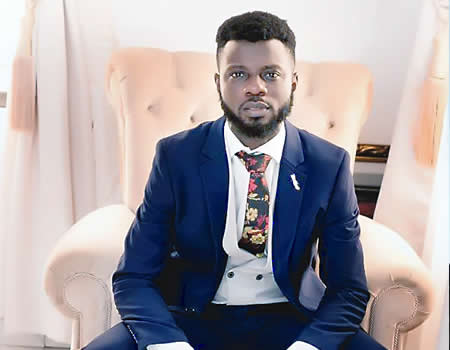 Tope Salami who has over five years of experience being an entertainment lawyer in this interview with SEGUN ADEBAYO discusses his career and why it is becoming increasingly important for artistes to be legally equipped in their pursuit of success.

How did your career as an entertainment lawyer begin. Did your background influence your decision?

I would say my background did not influence my decision to become an entertainment lawyer but it influenced me to study law. That required working hard and trying everything legally possible to survive in this economy because growing up was tough. However, I am thankful to my parents who did not relent in training us. I have been in the practice of entertainment law since 2014.

So what’s basically your work as an entertainment lawyer?

The line of duties as an entertainment lawyer or intellectual property practitioner is quite enormous. As an entertainment lawyer, the main duty is to safeguard the interest of my clients in all ramifications.  Carrying out the duty involves drafting and reviewing of contracts and other important documents on behalf of clients, negotiating on behalf of clients, registration of clients’ intellectual properties via copyright, trademarks and patent, regulatory compliances, representing clients at meetings, courts, other quasi-judicial setups, among other roles.

You once said many artistes don’t know there are entertainment lawyers, can you shed light on this?

Yes, many artistes and creatives alike tend to assume that once you are a lawyer, you must be able to practice all areas of law, entertainment law inclusive and that usually gets them into trouble. This implies that many an artiste are not aware that professional entertainment lawyers do exist in Nigeria. Nevertheless, one of the advantages of a creative engaging an entertainment lawyer is the issue of structure, checks and balances, to make sure the business of the entertainer is in line with international best practices as this ensures sustainability for creatives. An entertainment lawyer will plan your craft with you to safeguard constant monetisation. You would realise that many of our big entertainers go broke after some period, move close to them and ask them what their regrets was and I am absolutely sure they would mention the regret of not having a team and an entertainment lawyer to put them through.

How would you rate the practice of entertainment law in Nigeria?

The practice of entertainment law in Nigeria is at its infancy stage due to our inactive legislations, particularly outdated laws and lack of active enforcement mechanism. However, things will not get better until the laws governing this area are properly made in line with the current trend, while also making rooms for future trends in the global market.

With the trend that many entertainers prefer to own their management, do you think artistes can survive without entertainment lawyers?

Would you say you are fulfilled with what you do?

Fulfillment is a process, so I am still in the process of getting fulfilled. Once I am fulfilled, the world will know because my fulfillment will impart lives.

ALSO READ: Why we named Rev Esther Ajayi as our matron —TAMPAN

What would you say are the challenges of entertainment lawyers?

The first and major challenge of entertainment lawyers would be lack of proper enforcement structure/mechanism. This is followed by the old and archaic legislations still in operation. Also, the challenge of not having distinct intellectual property courts with experienced judges in intellectual property poses a problem because litigating in our general courtrooms is frustrating and the government is yet to acknowledge the fact that the entertainment industry is the new crude oil of Nigeria and the world.

How do you think the entertainment industry can improve?

The industry can develop with the amendment or repeal of major intellectual property legislations, with attention on their enforceability, provision of easy-to-get loan facilities to all creatives for cordial investment in the industry.

Has being around artistes frequently made you consider going fully into entertainment?

I am already in the entertainment industry but someday, I plan to have my own entertainment outfit in order to push Nigeria and Africa further to the world because my consultancy with many of the entertainment firms in Nigeria indicates that we have it all here in Africa, but there won’t be progress until we see the industry of entertainment as a business and a resource which can develop a nation.

Can you tell us a bit about your growing up?

Growing up was just like a conventional way an average Nigerian child grows up. Things were tough, but I thank God for the grace and strength He bestowed upon my father and mother to train myself and my siblings. I graduated from Ikolaba High School and proceeded to the University of Ilorin to study law. Upon graduating from the University of Ilorin in 2013, I proceeded to the Nigerian Law School and graduated in 2014.