Why men with diabetes should avoid scent leaf ­—Experts 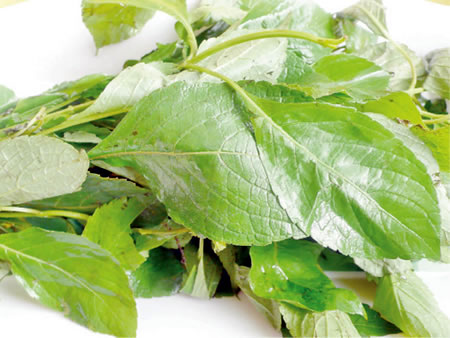 SEVERAL studies have shown that there is a rise in cases of diabetes in the country with the attendant complications, including kidney damage, limb amputation, irreversible blindness, erectile dysfunction, hypertension to mention but a few.

But a new study has shown that men with diabetes should be cautious of taking herbal remedies for diabetes made with scent leaf, especially if they are already experiencing sexual upheavals such as decreased libido, impotence and infertility.

Commonly called scent leaf and basil, Ocimum basilicum is a shrub belonging to the family Lamiaceae. It is called Nchu-anwu in Igbo, Efinrin in Yoruba, Aramogbo in Edo and Daidoya in Hausa.

This study to investigate the effects of scent leaf on sperm quality and testes in alloxan-induced diabetic rats lasted for 28 days. Blood samples were obtained for tests as well as the epididymis and testes for sperm quality assessment.

They found that diabetes induces sperm impairments and distortions in the testis, which were aggravated by scent leaf extract in male Wistar rats.

Current pieces of evidence in normal rats and mice have documented that scent leaf may possess anti-fertility properties in a dose and duration-dependent manner.

The researchers said that the decreased sperm count and increased percentage of abnormal sperm cells in all the scent leaf-treated animals of this study indicate that scent leaf poses anti-fertility effects on normal and diabetic rats.

According to them, “This is consistent with the report that aqueous extract of scent leaf has deleterious effects on both sperm production and maturation of sperm at different stages of its development.

“Nevertheless, impairment in these sperms parameters were also observed in the diabetic untreated group, it is more pronounced in the scent leaf-treated diabetic animals.

“It has debilitating effects on male fertility characterised by a reduction in sperm count, increased percentage of abnormal sperm and distortions in testes, which are worsened by diabetes mellitus. Thus, it is important to isolate the active hypoglycaemic component of scent leaf to harness its beneficial usage in diabetes mellitus.”

The global use of complementary and alternative medicine (CAM) for the management of diseases such as diabetes has rapidly increased over the last decade. It is reported that up to 72.8 per cent of people with diabetes used herbal medicine, dietary supplements and other CAM therapies.

A large number of medicinal plants are believed to possess anti-diabetic properties and have been utilised to manage diabetes and its related conditions.

In animal studies, researchers, for instance, highlighted the possibility of reduced side effects of antidiabetics (due to the lower dose required) when used in combination with ginger extract. In addition, ginger has been shown to be protective against kidney damage arising from the use of metformin.

Garlic alone, as well as in combination with metformin, improved body weight, whilst the combination therapy was more effective in reducing blood glucose levels, highlighting that garlic extract potentiates the blood sugar-lowering the effect of metformin.

Morocco’s exports to US hit $1 billion

At UCH, music to soothe soul to berth soon