Why I don’t sleep —Kunle Afolayan

Kunle Afolayan has made a name for himself as not just a movie maker but also an award-winning movie director. With major blockbuster movies to his credit, Afolayan, son of famous theatre and film director and producer, Ade Love, has carved a niche for himself in the movie industry and says he only wants to keep getting better. Days back, at the screening of his new movie, he speaks with Segun Adebayo on his career, new projects and what to expect from his latest work. 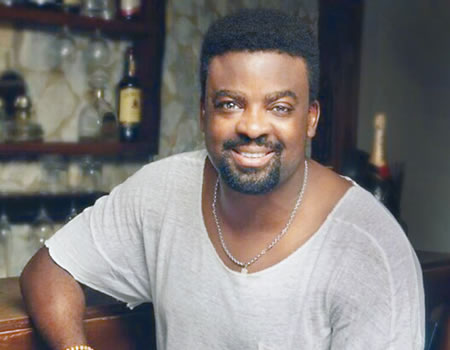 There is something about your movie that evokes reactions and emotions. What could have inspired your new movie Mokalik (Mechanic)?

I think we have a lot of children who are caged and we have to begin to alter that belief so that our society can move away from that belief. It is a way to inform our parents that aside formal education, they can engage their children in a lot of other activities that can help them in life. My children, most of the times, are inside watching the TV but there are other ways they can be empowered and prepare them for the future. The story of the movie is not something that I woke up one day and I decided to write. It was something that I experienced. And, I feel the movie would make a lot of impact in the society when it is finally released.

Why Mechanic? There are other vocations you could have focused on.

I visited mechanic workshop and I discovered a lot happens in that place. I was visiting that place everyday to study the environment and how the people relate, so I reached out to Tunde Babalola and informed him about my ideas to shoot a movie in a mechanic’s workshop.

What informed your decision to bring veteran actors on board for this project?

I have always wanted to blend different age brackets, classes-the A-list and B-list. I was always looking for natural actors, so everybody on that set were natural actors. I was not looking for just anybody to play that role that I wanted; you just have to be talented. It was really a tough casting for me but I am happy they all delivered as expected and I am very impressed.

But Simi has never been an actor; I mean a movie actor?

The fact is that I have seen a lot of things Simi has done and I am impressed. I noticed that she’s a natural talent. She is always very real and natural in most of her works. From when we were writing the scripts, I already knew who would fit what role in the movie, so the decision to bring Simi on the project was not difficult because I knew she could do it. Before now, I had told her that I might bring her into one of my projects and she was excited. She told me then that she would be happy to be part of the project. So, when it was time to create the magic, I reached out to her. She fell in love with the script.

Casting Simi is one thing, bringing out the best in her was another thing. How did you make sure she did it well?

Well, I know how to do that very well. You just must give me what I want before you go. That’s why you are on my set.

Are you saying you didn’t cast Simi because of her commercial appeal, which might help the movie to open new markets for you?

No, it has nothing to do with that. Let me tell you that before the script was completed, I already had her in mind because I had seen some of her videos and she looks natural even without make-up. 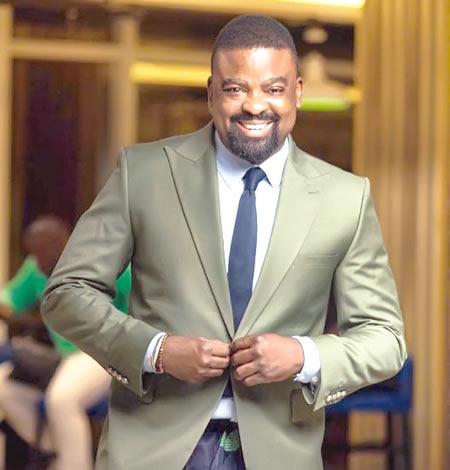 What about Tobi Bakare?

It is always difficult to find that child that speaks Yoruba these days. I felt I could control him. Even when I told his dad, I asked him to send Tobi to me first, so that I can prepare him for the role. It was not difficult having him on set. Everything was fine.

The movie seems to tilt towards comedy, a pattern of movie you hardly follow. Why are you turning the table for this project?

I think this is about the first time anyone is asking why I am producing a comedy movie. As a matter of fact I wanted to make the movie a different one. I didn’t want the boy, Ponmile, who was the focus of the movie to talk at all until the last scene but when we did the first and second draft, I observed that the movie would be dead if the boy did not talk. I have seen the movie more than 100 times; I am always editing it everyday. I am actually glad now that it has a commercial appeal because we actually have two versions of the movie. What you have just seen is for the Nigerian audience there is a version that we are going to use in festivals that does not have music. So, it is more of dialogue. We also removed some scenes so that it won’t appear too Nigerian. For me, I like the mix of drama and comedy. It is a comedy-drama with a lot of cultural elements.

How would you compare the budget of the movie to other movies you have produced?

Budgeting for the movie was not really much because the whole scene was set in one location and it was intentional. We were able to cut down on some expenses and a lot of things because everything happened in one day. A lot of people, who worked on it fell in love with the script. In fact, they said even if they would not be paid, they would love to be part of the project. So, the movie didn’t cost as much as the average Kunle Afolayan’s movies.

What are your expectations from this movie?

I am really excited about this movie and I expect people to appreciate and love it from every perspective it presents to them. I know some people will say one thing or the other about the movie, but I am excited and feel fulfilled because the reactions I got from those who saw the private screening were natural.

You featured veteran actors, Alabi Yellow and Papalolo in the movie. What’s your assessment of their deliveries?

I brought them into the movie because I just wanted to resurrect another great actor who has been forgotten. I was impressed by what he did. I was also impressed with Papalolo. He proved why he remains one of the greats the industry has produced.

Talking about the casting, what made you think these old faces would do justice to your movie?

The truth is that I don’t go wrong with casting. If you look at my movies over the years, you can say that my casting was always top-notch. There is always a process I go through with my team and I always speak with the people to tell them what I want. I will ask them if they are they can do it. Once they assure me of their readiness and commitment, I believe the job is done.

You have been at this for many years and you seem to be ticking all the boxes on every project. What have you been getting right?

I am born to excel and born great. I am very dedicated to what I do; I don’t sleep. This job is my life. It could be tough if you want to remain relevant but with consistency, belief and the right team around you.

When you heard Canon would be partnering with you on the project, what was the feeling like?

We had our own cameras but I wanted to shoot the movie with something new, so I wrote to them and they gave us the camera to use for free. When they saw the trailer, they felt it was something really great. So, they decided to take it further and invited other Nigerians to benefit from what they have for they have. We hope to release to the Nigerian market by May this year.

I still have so much to offer – Ronke Oshodi-Oke