What you are fighting for is your constitutional rights, Umahi tells #EndSARS protesters 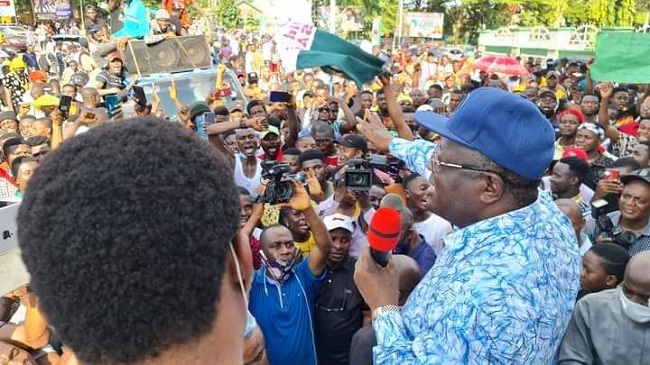 Ebonyi State governor, David Umahi has urged Nigeria youths to fight for their future as the future belongs to them.

Umahi gave them the advice on Monday while addressing #EndSARS, #EndBadGovernment, #EndSWAT and #EndPoliceBrutality protesters at the old government house Abakaliki.

According to him, the protests have achieved enough for the country, urging them to engage their leaders constructively to achieve better results.

He also ordered the youth to resist police extortion as he ordered police and Army to dismantle all the roadblocks in the state.

“I want to appeal to you maintain orderly in your protest. One of the things I am going to be taking on with the commissioner of police and the Army Commander is to dismantle roadblocks in Ebonyi State.

“We will no longer tolerate the roadblocks at every pole. What we are going to accept is that police should stay at the side and if you suspect a car, you check the car and leave the road. Any policeman that asks you for money, I want you to resist. Call me on phone and do not give money to any police. Enough is enough.” 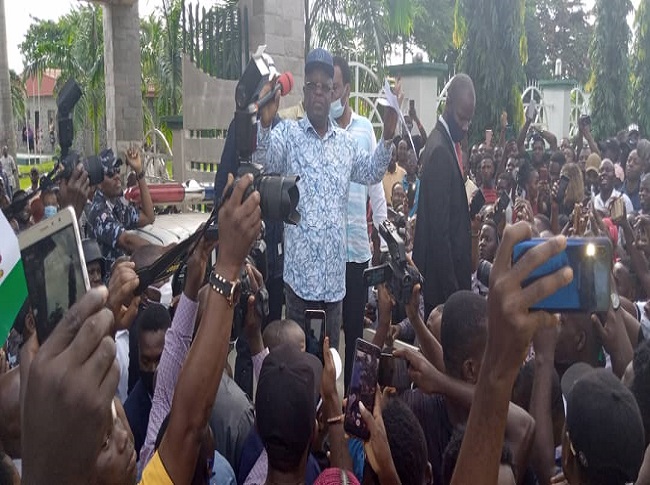 Umahi however, promised to compensate families of SARS and police brutality victims in the state.

He said the judiciary panel that will investigate police brutality, human right violation and other related extrajudicial killings “will also evaluate evidence provided and other circumstances surrounding and draw conclusions as to the validity of the complaints.

“Will commence compensation and other remedial measures. Tomorrow we will set victims support funds for compensation to families of the victims of SARS brutality, and other human rights violation. There will be a trust fund set under me.

“We will also create a special committee on human rights and security to establish a human right complain office.

“You need to constructively engage leaders to achieve much in the protest,” he said.

He then assured the youth that all tertiary institutions will resume on Wednesday, October 21, 2020. He vowed to sack any lecturer that fails to resume work.