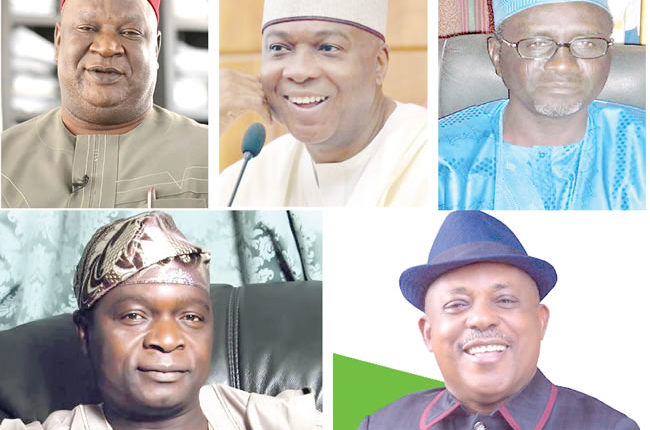 Apart from the composition of a broad-based Presidential Campaign Council (PCC), the presidential candidate of the Peoples Democratic Party (PDP), Alhjai Atiku Abubkar has named some leaders as special advisers as part of preparations for the 2023 elections. KUNLE ODEREMI writes on some issues surrounding those appointments.

WITH the general election just about four months away, there is an increasing rise in the tempo of preparations by the leading candidates and parties to their campaigns. Most of the cacophonies that attended the conduct of presidential primaries are at the lowest ebb, as the contest was tense and exhilarating in the Peoples Democratic Party (PDP). Fifteen personalities threw their hat into the ring in the bid to pick the ticket of the main opposition party. The list comprised two former presidents of the Senate, Dr Bukola Saraki and Senator Anyim Pius Anyim, as well as Governors Bala Mohammed, Udom Emmanuel; Nyesom Wike of Bauchi, Akwa Ibom and Rivers states respectively.

Suffice to state that these aspirants crisscrossed all the six geopolitical zones to showcase their capacity, programme and agenda for the PDP and ultimately, if they secured the ticket and become president. The outcome was greeted with mixed reactions but reason soon prevailed as the majority of the contestants put the result behind them in the spirit of sportsmanship, and the collective interest of PDP. Former vice president, Alhaji Atiku Abubakar, who won the primary, through his acceptance speech, waved the proverbial olive branch at other contestants for the ticket.

The gesture was reciprocated by virtually all the key contenders, marking the first phase of the pragmatic move at consensus ahead of the campaign and the general election proper. The second phase, which many considered critical, was the setting up of a Presidential Campaign council, already inaugurated by Atiku. Comprising mostly experienced politicians and seasoned technocrats, the 325-member council has the primary mandate of making sure that PDP wins the general election and regains power for the collective good of Nigerians.

The third phase in the deliberate efforts of Atiku to fortify his team was the appointment of a few chieftains of PDP as special advisers, including a former Secretary to the Government of the Federation, (SGF) and one-time president of the Senate, senator Anyim Pius Anyim, as well as former PDP national chairman, Prince Uche Secondus; ex-governor of Kano State and serving Senator, Mallam Ibrahim Shekarau; ex-governor of Osun State, prince Olagunsoye Oyinlola; ex-governor of Kwara State and ex-president of the Senate, Dr Bukola Saraki and Senator Ehigie Uzamere.

The appointments came at a time Atiku, the acting chairman of the Board of Trustees (BoT) of the PDP, Senator Adolphus Wabara and other well-intentioned leaders are stepping up efforts to bring into the fold, the few party stalwarts still left out in the attempt to further fortify the party. The choice of the special advisers is perceived as a conscious move by the presidential candidate and his team to harness the potential of those individuals, especially given their pedigree and antecedents, which they brought to bear on PDP over the years.

Senator Anyim comes from the South-East, where the PDP has been the dominant party since 1999. He has the task of collaborating with other PDP chieftains, among them former and serving governors, as well as ex-ministers and other categories of influential persons to consolidate the hold of PDP to the zone in the 2023 general election. He has PDP governors, who are at the tail end of their two terms of four years in office, as well as members of the National Assembly, many of who are seeking reelection to synergise with. Similarly, immediate past PDP national chairman, Prince Secondus, has the task of working with other close allies and frends of Atiku from the South-South to guarantee the control of the zone by the PDP in the last 23 years of civil rule in the country. He and Governor Udom Emmanuel of Akwa Ibom; Governor Godwin Obaseki (Edo) and Governor Ifeanyi Okowa of Delta State, who is the running mate to Atiku form the arrowheads of Atiku. The combined effort of the team is expected to checkmate any semblance of opposition that may be lurking around the corner in the zone.

There is also huge expectation  concerning the politics of Kwara State in the coming election owing to the choice of Saraki as an arrow head by Atiku, who after the presidential primaries of the PDP on May 30, 2022, in Abuja, immediately elected to rivet his energy on how PDP could regain power 2023 by embarking on subtle, quiet engagement with stakeholders in the party on how to resolve the disagreements arising from the primary. While he maintains a close relationship with Atiku and has given his words on his readiness to support Atiku, he has also emphasized the desirability of a united, indivisible and solid platform. Up till today, he remains one of the leaders behind Atiku that all the various tendencies in the party can trust and relate with, as the general perception is that Saraki stands for justice, fairness, equity, inclusivity, and peace. Saraki is also seen as the only PDP presidential aspirant with a phenomenal support among Nigerian youths, who see him as one politician who understands their language, hopes, and aspirations and can relate very well with them. Thus, Atiku is said to have always believed that Saraki will strengthen his campaign and add value to his plan to provide effective and efficient leadership when elected president. His appointment by Atiku as Special Envoy was designed as a unique post that will make him an interventionist with an open-ended assignment. As Special envoy, he is expected to bring on board his capacity, competence, and experience for devising a strategy that will keep the PDP candidate ahead of the opposition. His organisational ability, energy, and reach will be needed on the Atiku-Okowa campaign train.

He is also expected to use his reach to function as a bridge between the various groups in the electorate – the old and the young, the north and the south, the private sector and the political class, the Muslims and the Christians, It is expected that he will be deployed by Atiku to reach the various divides in our country. As a consensus builder, he is also expected to deploy the skill he used in welding the 8th National Assembly together in the aftermath of the unprecedented change of party in government at the federal level. Therefore, many see his role as Special Envoy as being Atiku’s emissary in addressing the issue of reconciliation at the national and state chapters of the party. The new appointment is not just a move by Atiku to officially endorse the mediatory role that Saraki has been playing, it is also a continuation of the last assignment he handled for the PDP national headquarters where he served as chairman of the National Reconciliation and Strategy Committee (NRSC).

It had steadied the ship of PDP during severe storms in the middle of the sea in 2021 during a debilitating crisis in state chapters. The committee headed by Saraki eventually resolved the crisis in Osun, Ogun, Borno, Niger, Lagos, Nasarawa, Plateau, and other states. It was the intervention of the committee that led to the successful national convention of the party last October in which members of the current National Working Committee (NWC) were elected. Saraki is expected to avail the team of his international connections and good relationship with the foreign diplomats in Nigeria and their home governments. As one with right connections with necessary international bodies and groups needed to further get acceptance for Atiku in international circles. Saraki’s brief is also to rally the private sector behind Atiku’s candidacy and get their buy-in into his campaigns with logistics, ideas, and facilities. Many also see the appointment of Saraki by Atiku as recognition of his ability to represent Atiku at high-level meetings and with various key stakeholders, as the experience of the ex-Senate president cuts across the executive and legislative arms of government, having served at the highest levels at both levels.

The voting population of Kano makes the state one of the ‘beautiful brides’ in the buildup to the elections. The choice of Shekarau as special adviser by Atiku is regarded as yet another possible masterstroke. The senator has proved his mettle as one of the politicians with a cult-like following in the state. He is one those considered to have demystified the factor of incumbency, in terms of the volume of votes that a party that is not in government can attract during major polls. Having gone round the major political parties and witnessed the their mode of operation, the ex-Kano State governor could bring those experiences to the fore in collective effort to strengthen the capacity of the Atiku team to make hay in 2023, especially in Kano, where political battles had always been fought and won in the past.

According to some party chieftains, with the appointments of the special advisers, Atiku appears poised to bring on board all tendencies in PDP and resolve any outstanding issues with other groups. The views expressed by the immediate past BoT chairman, Ambassador Walid Jibrin on the progress being made in the bid by PDP to reposition itself ahead of the general election is instructive. He is confident that the reconciliation talks and pragmatic drive by Atiku to galvanise all forces within PDP for the poll are reassuring of a new dawn and victory at the poll. “I wish to assure Nigerians that what is happening in PDP is never a problem, but a normal family matter that would be solved very soon….We shall soon takeover from the ruling party. Nigeria shall move forward. All our elders leaders, youths and all women groups in the party must speak with one voice and avoid creating any division.

Ahead swearing-in, Supreme Court rulings put Oyebanji in a fix

Why Nigerians will prefer Tinubu to Atiku, Obi —Keyamo