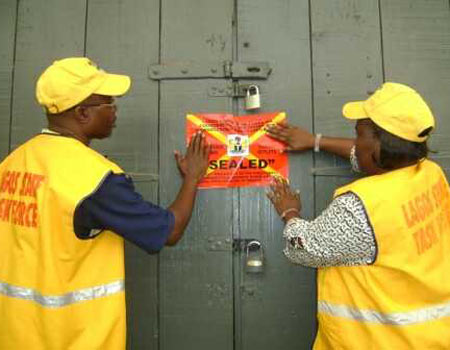 THE Lagos State Task Force said at the weekend that it was not involved in any enforcement operations around Ikorodu as reported on Saturday, 23rd of March, 2019, and, therefore, knew nothing about the killing of a young school girl at Akoun Village in the area.

Chairman of the Agency, CSP Olayinka Egbeyemi, made this declaration in his reaction to an online media report on the sad incident.

Egbeyemi, in a statement made available to newsmen by the Agency’s spokesperson, Mr Adebayo Taofiq, said it became necessary to correct the misrepresentation due to persistent inquiries from members of the public and need to set the records straight.

He said it was unfortunate that the inaccurate report had generated negative comments that portrayed the Task Force team as an irresponsible organisation.

While confirming that a young school girl was killed in Ikorodu, CSP Egbeyemi affirmed that the police officer involved in the incident was not attached to the Lagos State Task Force.

“It is on record that the officer who killed a 17-year-old girl (Adijat Shakiru) at Ikorodu, one Sergeant Mudi Emmanuel has been arrested and is undergoing ‘orderly room’ at Provost Marshall Unit for professional misconduct over the killing,” he stated.

He also reiterated that the Lagos Police Command had clarified that “the action fell short of the rules of engagement for the use of firearms and professional standards for police,” adding that the officer would soon be charged to court for murder.