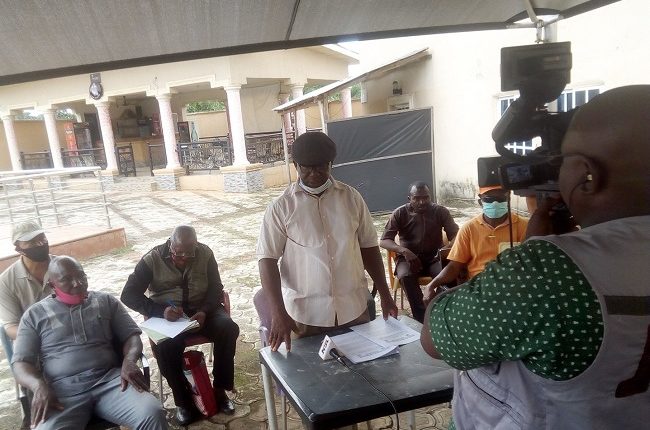 The Academic Staff Union of Universities (ASUU), Chukwuemeka Odumegwu Ojukwu University (COOU) Branch, has debunked a report published in some national dailies that the branch has withdrawn from the ongoing strike embarked upon by the union.

Nigerian Tribune gathered that some members of a group known as the Progressives Association of Academic Staff Union of Universities, Chukwuemeka Odumegwu Odumegwu Ojukwu, on Tuesday, September 2020, unanimously decided to go on with academic activities in the school.

The unanimous decision was reached after a meeting of the group held at the Political Science Department of the university, Igbariam campus.

Addressing members of the association, the chairman of the group, Professor Osita Chiaghanam said that they decided to start classes because Anambra State Government has been paying salaries of workers both during and after COVID-19 lockdown and when schools are closed unlike other state universities in the South-East zone.

But reacting on the development in a press release made available to Nigerian Tribune shortly after an emergency meeting held in Awka, on Thursday, the ASSU-COOU branch Chairman, Comrade OKey Aniebo and the Secretary, Comrade David Enibe said the union members are yet to resume.

In the release, Comrade Aniebo, explained that ASUU-COOU Branch, after an emergency congress meeting on Friday, September 18, 2020, reaffirmed the union’s “commitment to the total, comprehensive and indefinite industrial action declared by the National Executive Council of our Union to get the government to satisfactorily address matters of revitalization fund for public universities arrears of Earned Academic Allowances (EAA), visitation to Universities proliferation of state universities, and conclusion of the renegotiation of the 2009 FGN-ASUU Agreement.”

He also recalled that the press conference “attracted the wrath of the Vice-Chancellor, Prof Nwakoby who unleashed armed security men on law-abiding and responsible lecturers who assembled for their union meeting with their zonal leadership and treated them like common criminals on Thursday, 24th September 2020. This time, he has revived an illegal group which he rightly outlawed at the inception of his administration and has put his dictatorial machinery in motion to bar ASUU from holding its meetings on the three campuses of the university.”

He said the newly inaugurated association in the university known as “Concerned Members for the Redirection of ASUU COOU (CMRAC), which the deputy V.C Admin of the university, Prof Solomon Ekwenze baptized and transformed into a new illegal association known as Progressive ASUU-COOU, was aimed to frustrate the effort of the union not only in the COOU but also the entire universities in the eastern region.”

He accused the Vice-Chancellor of frustrating the ongoing national industrial action in the university using all the means within his disposal to lure unsuspecting members of staff to the said association was he informed them of his plan kangaroo meeting that the association is a splinter group of the academic staff of COOU who are also against ASUU strike.

Aniebo also accused the DVC, Administration, Prof Solomon Ekwenze, who he said is not even a current member of ASUU of conducted the kangaroo appointment in the name of the election on behalf of the Vice-Chancellor and produced three officers to lead the IIregal group.