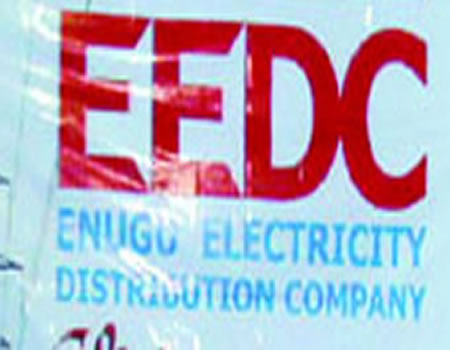 A statement by the EEDC Head, Communications, Emeka Ezeh, issued on Sunday in Enugu, stated, “electricity theft and vandals are in for a tough time in all the company’s operational states”

Ezeh noted that the company warned all those involved in the vandalism of electrical installations that they should be ready to face the task-force team, stressing that there would be no sacred cow.

According to him, the Acting Managing Director of the company, Mr Paul Okeke, during the inauguration of the task-force, charged the team to be professional in the discharge of their responsibility, adding that they should maintain the high level of integrity and respect for human rights.

“The high prevalence of meter bypass and energy theft in the South East has been a serious challenge to EEDC, as the company has consistently recorded losses in its revenue on a monthly basis. A situation that is currently threatening the performance and sustainability of the company.

“It is therefore expected that with the inauguration of SIPTEO, the rate of theft and vandalism within the network will be reduced and this will bring about increase in revenue and more efficient service delivery to electricity customers in the South East,’’ he added.

While responding, the Leader of the 18-man SIPTEO Team, Spencer Tyozua, assured the management of EEDC that his men, who had been carefully selected for the job, would be responsible and professional in the discharge of their assigned task.

It would be recalled that SIPTEO, which is the collaboration between the Federal Ministry of Justice, EEDC and Nigeria Police, was first inaugurated in Abuja in 2017, under the Electric Power Sector Reform Act 2005 and other regulations.

The Act empowers the taskforce to investigate, arrest and prosecute cases of theft, vandalism as well as recovery of lost revenue.

The EEDC operations cover the five states in the South-East, which include: Abia, Anambra, Ebonyi, Enugu and Imo States.