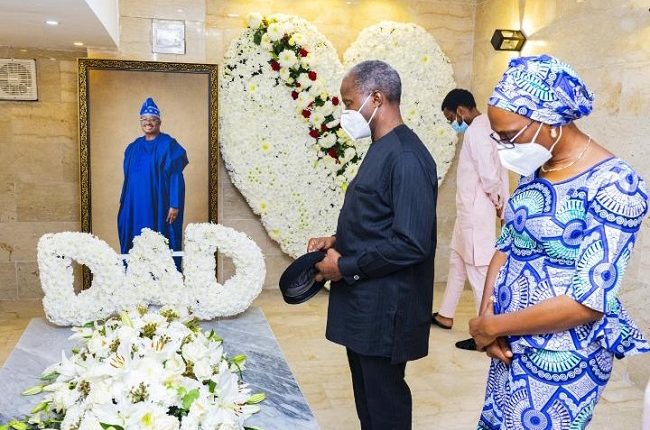 Vice President Yemi Osinbajo on Saturday paid a condolence visit to Florence Ajimobi, widow of the immediate past governor of Oyo State, Abiola Ajimobi in Ibadan where he said the former governor left an indelible legacy.

Osibajo who was in the company of his wife, Dolapo and the Oyo State deputy governor, Engineer Rauf Olaniyan arrived at the residence of the late governor, Oluyole Industrial Estate at 4:21 pm.

In his remarks, Osinbajo said Ajimobi’s demise was a great loss especially to the All Progressives Congress (APC), saying his legacy will always speak for him. 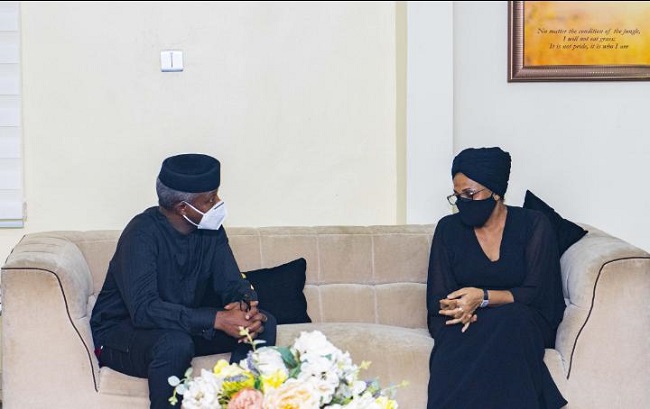 According to him, “Senator Abiola Ajimobi aside from the background, I regarded him as a very dear older brother. He was a major bridge builder in the party, APC.

“His loss is a very significant one for our party. For us, it is a major loss and very unfortunate at a time we needed him especially because this is a time we need to build the party again and also a time for nation-building. He’s one of those who would have been so critical in doing this. 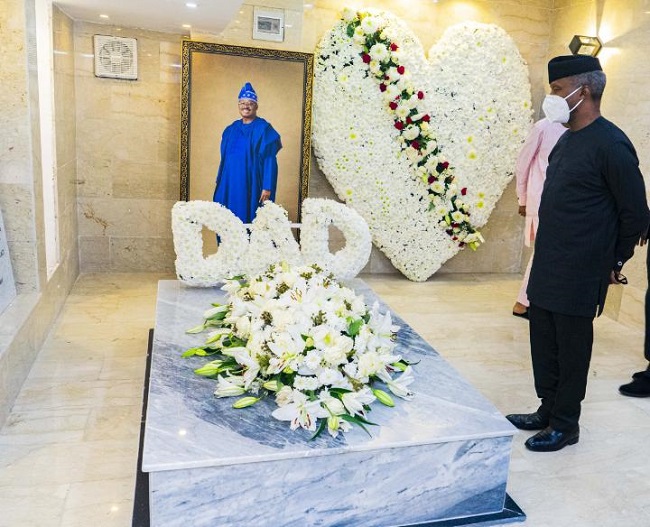 “But I think his memory and all that he achieved while on earth and the ideas that he propounded remain with us and that spirit of brotherhood will remain with us.

“It’s a great loss but we thank God that he lived and did all that he did and he left incredible memories for us an indelible legacy,” he said.