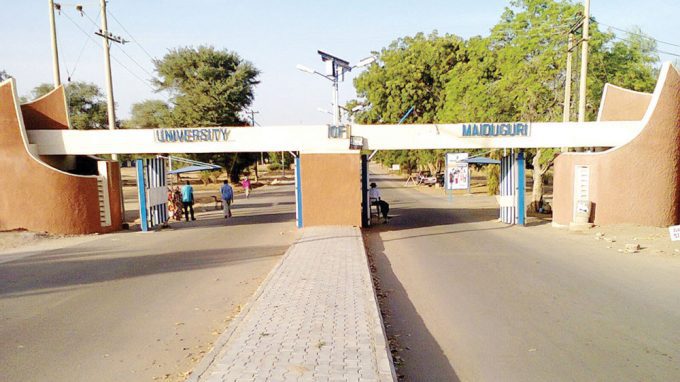 The students numbering about six undergraduates live in the same compound of twelve flats of single suites each with the owners of the missing generator who used to keep the heavy generator around the entrance of their rooms.

The joint owners of the generator names withheld include two foreign and one Nigerian PhD student bought the generator to assist their studies since they started their postgraduate programmes last year.

The heavy generator which slept in their compound on Saturday night developed winds and left before early Sunday morning first light stunning all the tenants which include working class people who met the gate open.

The owner of the generator actually reported the matter for investigation to the gwange police station Sunday night prompting the men of the Nigerian police to arrest and detain the students till Monday morning for investigation.

Trouble started when one of the owners went to sleep Friday night leaving his generator outside in the one bedroom apartment only to wake up in the morning without sighting his generator.

As at press time, the wild group which slept with the police on Sunday after the ten thirty curfews were still going to the Gwange police who are still trying to get the whereabouts of the generator worth almost seventy thousand naira.

“If the generator is not found, the students may be dragged to court for them to get to the bottom of the matter. We do not need to waste time on the case” said one of the investigating officers when the Nigerian Tribune visited Gwange station to see DPO Aremu David.

The suspected students’ names withheld who have been in the bad books of the neighbourhood have not given a right-thinking alibi for themselves such that they have been very lousy and unruly in the neighbourhood sometimes having verbal assaults on each other.

Eyewitnesses between masalashi Jimoh and golden bread areas of Mairi Kuwait who saw the police wrisking the suspects away told the Nigerian Tribune that some concerned neighbours have had to come and intervene in their lousy off campus excesses many times when they go into their drug trances.

“Most of the times, strange hemp smoking boys and girls have been seen associating with these students from their part one days making the compound a marked compound even by the Bulama of the area whose ears are now full of complaints of prankish tendencies of these unlawful  students most of whom are in their second year now.

“They spend most of their times at the Sahel hotel opposite the University hanging out with known drug dealers and addicts yet they claim to be clean from drugs each time we challenge them. I don’t blame them I blame the professor who owns the place and is mixing such bad eggs with right thinking people. I hear two of the drug addicts have left the compound yet somebody is aiding the stealing of such an expensive generator.

“I am a Koran teacher and I live here. I have seen a little of students who come and go in this slum called Mairi Kuwait but I have never seen a lousy bunch as these ones who spend all their time in the office of lucky deep owners and beer joint in Sahel hotel. Sometimes I wonder how you people manage to live with them” said one of the concerned elders who had to go into checkmating their lousy excesses last year.

In the absence of open cultists due to the prevalence of insurgency, University of Maiduguri has some of the most dangerous drugs spots located near the community where Indian help can be bought openly and consumed in spite of regular raids by the national drug law enforcement agency NDLEA.

Suspected students go in as early as six o clock to start their drinking and smoking spree only to sleep in their vomits in such spots if the ten thirty curfew time catches up with them or rush back to their hostels clutching solution mixed inside unsuspected bottle water before the security shuts down the gates.

Margi elders express gratitude to FG for release of their daughters

No plan to shut down UNIMAID ―Minister