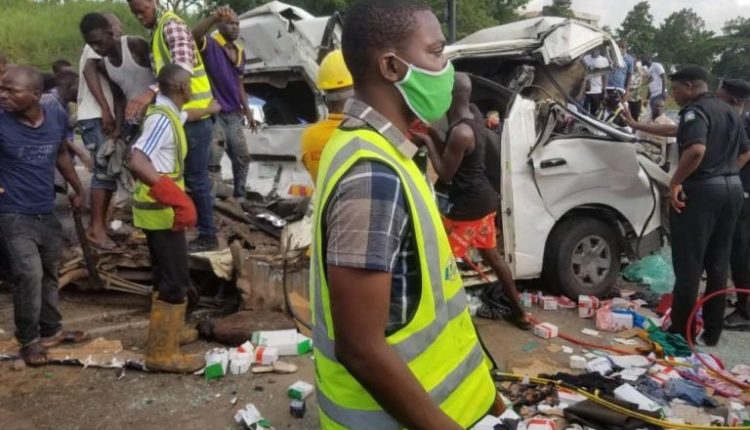 Two male adults lost their lives while one was injured on Tuesday morning, in an auto crash that occurred near Christopher University, Ibafo area, along the Lagos-Ibadan expressway.

The auto crash, according to the Public Relations Officer of the Ogun State Traffic Compliance and Enforcement Agency (TRACE), Babatunde Akinbiyi, happened when a Mitsubishi Lancer marked AJW 465 AA loaded with Pepper rammed into a moving truck at about 7.44 am.

The remains of the dead have been evacuated and taken to a private morgue in Sagamu, while an injured person was moved to a hospital for medical attention.

He said, “The cause of the accident cannot be immediately ascertained for now, because the only person that could have given a lead in that regards is the injured victim whose case is critical because he can neither talk nor make any gesture that can give a lead.

But we suspect it could be as a result of brake failure and loss of control due to overspeeding.”

Adebiyi said the accident vehicle had been taken off the road for a free flow of traffic.