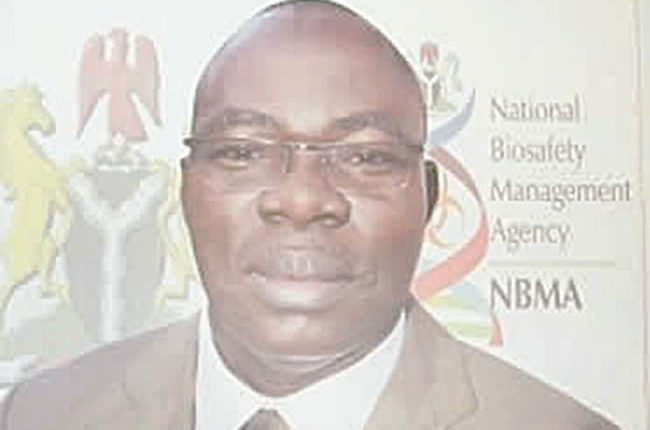 Over 75 concerned civil society organisations and environmental groups in Nigeria and outside have condemned the plans to introduce Genetically engineered mosquitoes into Nigeria.

The groups have released a press statement warning against introduction of the transgenic mosquitoes, as well as other risky and unproven technologies, into Nigeria as such releases pose serious risks to humans, biodiversity and to ecosystem balance.

Early last month, on June 6, at a virtual meeting of the West African Integrated Vector Management Programme, Rufus Ebegba, who is the Vice Chairman of the Programme and Director of Nigeria’s National Biosafety Management Agency (NBMA) reportedly stated “there is the need to accelerate the development of regulatory pathways for genetically based vector control methods such as transgenic mosquitoes.”

On June 30, NBMA held a meeting to review the National Guidelines on the Regulation of Gene Editing where the director of the agency reportedly stated that: “these guidelines are not to impede on the technology but to see how this technology is applied to enhance our economy and to assist the government…”

Reacting to this, the groups noted that presently there is no peer reviewed assessments for these transgenic mosquitos; no international protocols for evaluating their safety implications and the technology is dependent on and controlled by corporate bodies.

According to the Director of HOMEF, Nnimmo Bassey, the said regulatory pathways for genetically engineered vector control of mosquitoes are actually rigged pathways to make our environment the test ground for the risky and needless experimentation. “From our experience with genetically modified food crops in Nigeria, having the provisions in place to regulate the release of such organisms is equivalent to express permits for their introduction as the agency responsible for this regulation acts more like a promoter of the technology than a regulator. Nigeria must show leadership in the protection of African biodiversity and not allow an agency of government run amok with whatever technologies promoters suggest to it.”

Bassey added that tampering with genetic materials of living organisms is already creating problems in the world with the emergence and spread of zoonotic infections occasioned largely by loss of genetic diversity and habitat losses due to such manipulations.

The shortcoming of these transgenic mosquitoes is already evident from the experiments done in Brazil and Burkina Faso, stated Mariann Bassey-Orovwuje, Coordinator of the Food Sovereignty Programme of Friends of the Earth, Nigeria and Africa.

“The release of millions of genetically modified mosquitoes in Brazil between 2013 and 2015 by the biotech company, Oxitec with the plan to reduce the number of disease-carrying mosquitoes is shown to have resulted (in addition to the fact that the population of mosquitoes bounced back after a few months) to unexpected transfer  of genes from the gene-edited mosquitoes to the native insects which gave rise to tougher hybrid species,” she explained.

According to the statement: “In July 2019, the genetically modified mosquitoes were released in Bana village in Burkina Faso by the Target Malaria research consortium as an initial test run before the open releases of gene drive mosquitoes, with the aim to reduce population of Anopheles mosquitoes that causes malaria. The failure of this release includes the incidental release of some biting female mosquitoes during the experiments which puts the community people at risk.

“Also, Target Malaria made claims of community acceptance for the project whereas testimonies from community people revealed that they have not been properly informed about the project or its potential risks.

“Third, there is no published environmental risk assessment, besides an incomprehensive one published by Target Malaria. Again, this has been the case in Nigeria with acclaimed risk assessment done on genetically modified crops as results of such assessments are not made available to the public or subjected to open and transparent consultation. We have no confidence that the situation will be different with the transgenic mosquitoes or that requirements for liability and redress will be enforced.

“While we appreciate that malaria is a problem in Nigeria and many other nations and that urgent measures to address it are needed, we believe that transgenic mosquitoes are not the solution.  GM mosquitoes are a relatively new application of GM technology and present very different risks, and for which the international community has had virtually no risk assessment or regulatory experience. Nigeria does not need GMOs and no matter what their sponsors claim, we don’t have the capacity nor experience to dabble into this new, unfamiliar and risky technology.”

1,773 NDDC contractors allegedly abscond with mobilisation fees
A total of 1,773 contractors were allegedly paid N70.495 billion by the Niger Delta Development Commission (NDDC)  as mobilisation fees without resorting to the site between 2008 and 2012. This was revealed as the House of Representatives at the weekend kicked-off its investigation into the N70.495 billion allegedly… Read Full Story
MONDAY LINES: The Magu/Malami Marabout War
There was an executioner in Old Oyo who specialised in cutting off his victims’ heads. He later sinned and was sentenced to death. At the point of execution, he demanded to know which part of his body would be cut: “the head or the feet?” The town yelled: How did you kill your victims? Ex-EFCC boss, Ibrahim Magu… Read Full Story
Vessels auction: My approval legal — Malami
THE Attorney-General of the Federation (AGF) and Minister of Justice, Abubakar Malami, on Sunday, clarified that due process of law was followed in the approval granted to a firm, Omoh Jay Nig Ltd, to dispose of vessels. He said the approval followed the final forfeiture order obtained by his office and the presidential… Read Full Story

Flood prevention: 7 things national and regional decision makers should do