Transforming the transport system in Lagos: The LAMATA example 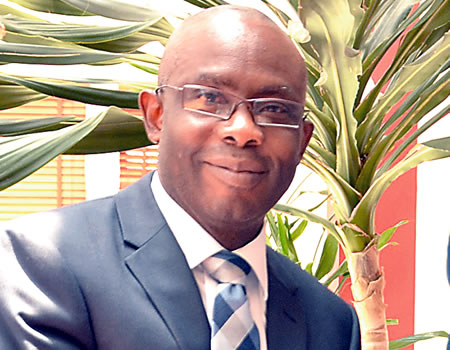 IT seems that all too often, many Lagosians are more than familiar with the unending presence of gridlock and traffic congestion along roads in Lagos State. This causes commuters to be more strategic in planning their movements within the state. In many cases most Lagosians will not want to be caught on the Lagos Island from 4pm for fear of getting stuck in the popular Third Mainland Traffic snarl.

Considered the sixth largest city and one of the most rapidly urbanising metropolitan areas of the world with a population of over 20 million inhabitants and an annual growth rate of nearly six per cent, Lagos State is one of the world’s mega cities. This rapid urbanisation and exploding population combined with the poorly executed development plans and poor infrastructure is one of the major reasons for the numerous transportation problems and continuous traffic gridlock in most parts of the state.

Geographically, the metropolitan area of Lagos is also fast spreading, now extending beyond the borders of Lagos State into the neighboring Ogun State in the north. Commuter trips are therefore growing both in length and number.

This population compared to the infrastructure in the state makes it a difficult task for the Government to continue maintaining and providing adequate infrastructure for every resident within the state as the sprawling urbanization has pressurised existing infrastructure to breaking point. The resultant effects have been increasing traffic congestion, worsening state of roads disrepair, deteriorating physical attractiveness and comfort of road-based public transport and high transport fares. The absence of effective rail and water mass transit system and the over reliance on road based transportation system has contributed to the number of road accidents recorded, increasing rates of traffic-related emission and atmospheric pollution.

However, this has not deterred the Lagos State government from addressing and improving the complex transport situation in the state. One of the cardinal and strategic efforts made was the creation of Lagos Metropolitan Area Transport Authority (LAMATA) to coordinate transport policies, programmes and actions of all agencies at different tiers of government within the State.

LAMATA is envisioned to provide a strategic planning platform to address long neglected transport needs of the metropolis and co-ordinate activities of the different executing agencies to provide a common and consistent basis for implementation.

This led to the formulation of the Strategic Transport Master Plan (STMP) aimed at transforming the Lagos transport sector beyond its current challenges. The plan identifies possible transport infrastructure and services required to meet growing travel demand for Lagos State by 2032. This plan will be achieved under the Lagos Urban Transport Project (LUTP) 1 and 2, which is the phased implementation of the Lagos State Government transport sector policy and strategy designed to resolve main issues identified by various studies conducted by the state government in conjunction with the World Bank between 1988 and 1996.

The LUTP 1, the first phase of the project was implemented between 2005 and 2010. It had five major components, which roughly correspond to the six-point transportation strategy of the government. These include Institutional strengthening and capacity building, urban road network efficiency improvement, bus services enhancement, water & Non-Motorized Transport (NMT) promotion and rail mass transit. One of the land mark projects implemented under LUTP 1 was the Bus Rapid Transit (BRT) Lite system, a 22km partially segregated BRT corridor from Mile 12 to CMS.

The implementation of LUTP 2 led to the extension of the BRT corridor from Mile 12 to Ikorodu and the launch of 434 new Air Conditioned BRT buses in November 2015 by Governor Akinwunmi Ambode. Thus far the BRT extension project has transported over 60 million passengers between its launch in November 2015 and April 2017 creating more than 1000 more jobs in the state. Another feat achieved under this project is the upgrade of 44 bus shelters including the newly constructed Ikeja bus terminal, rehabilitation of WEMPCO road in Ogba and Akin Adesola road on the Island.

The Wempco and Akin Adesola roads projects solved the annual perennial road flooding along the corridors.

LAMATA is committed to the delivery of the STMP, the roadmap towards providing an integrated multi-modal public transport system for the state.

The improved transportation infrastructure and services delivered by LAMATA under LUTP 1 and 2 have significantly contributed to the overall achievements and successes recorded by the Lagos State government.