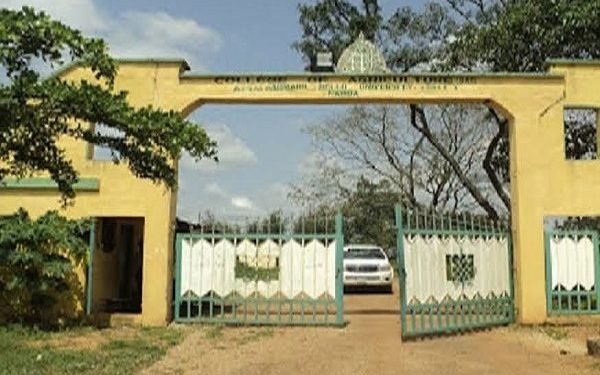 A traditional ruler in Kabba, Kogi West senatorial district, Obaro of Kabba, Solomon Dele Owoniyi, on Monday pleaded with the authorities of the Ahmadu Bello University (ABU) to let go of its grip on the College of Agriculture Kabba, Kogi State.

Speaking at the public hearing on the upgrade of the college to a full-fledged university, sequel to a bill presented by Senator Smart Adeyemi, the traditional ruler alleged that authorities of the ABU have been frustrating the move to upgrade the college.

The College of Agriculture Kabba, established in the first republic by the Premier of Northern Region, Ahmadu Bello has been serving as a campus of ABU in Kabba since 1971.

The Obaro of Kabba recalled that a similar bill presented in the 8th Senate for the upgrade of the College was frustrated by the authorities of Ahmadu Bello University, on the grounds that the college is a campus of the university.

He said: “I am happy that the Chairman of this Committee, Senator Ahmed Baba – Kaita in his remarks said no opposition against the bill yet in the ongoing legislative process but I want to on behalf of the entire Okun people, beg ABU to release this school and allow it to be upgraded.”

He further noted that similar Federal Colleges of Agriculture established across the country have since been upgraded to universities.

“The one in Kabba should not be left at the level of college but also upgraded to full-fledged university as well captured and proposed by the bill sponsored by our senator, Smart Adeyemi.”

Earlier in his presentation, senator representing Kogi West, Smart Adeyemi, restated the position of the Obaro of Kabba that the upgrade of the college to a university status was long overdue.

He also advocated the establishment of two federal universities of agriculture in each of the six geopolitical zones to promote the diversification of the economy.

“It is not out of place for Nigeria to have at least two federal universities of agriculture in each of the geo-political zones of the federation. This will help to improve our foreign exchange earnings and provide jobs for millions of Nigerian youths.

“The college of agriculture campus of Kabba which we are asking for its upgrade to a full-fledged university has facilities which are currently under-utilized such as the 10 big halls of residence for students (both male and female), living quarters, a dam, a standard library with e-learning facilities, not less than 20 classrooms, an auditorium with a sitting capacity of a minimum of 2000 students, about 10 laboratories in different courses of anatomy, soil science, microbiology, chemistry, physics, and other courses.

“When upgraded to a full-fledged university, the by-product will be a new generation of educated farmers that will guarantee self-sufficiency in food, reduce the rate of poverty, provide self-employed graduates, improved cash-crops that will contribute to foreign exchange earnings of the country.”

Giving support to a bill sponsored by Senator Ayo Akinyelure against the subsisting discrimination, National Coordinator of HND stakeholders, Sebastien Onyemaobi called for an end to the practice which he noted started in 1955 during the colonial regime.

National Chairman of Polytechnic Alumni Association, Obialor Ibebuike, advised the federal and state governments to give adequate funding to polytechnics if they were serious about technological development.

“This, we believe, is the way to go in our country, if we are really serious in catching up with the developed world.”

President of the Senate, Ahmad Lawan equally expressed similar disaffection as he described the discrimination against graduates of polytechnics as “undesirable.”