Towards doing more for refugees 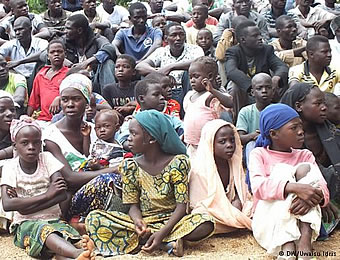 LET me begin with a fact with which you are all familiar: We are in the midst of the greatest refugee crisis since the Second World War. Just like the people at the heart of it, this crisis crosses borders, oceans, and continents. And because it is global in scale, anything less than a global response will fall short of addressing it. Yet rather than spur a united front, a united effort, the challenge of mass displacement has divided the international community – and even individual nations – leaving the lion’s share of the response to a small number of countries, stretching our humanitarian system to its breaking point, and putting millions of people in dire situations at even greater risk.

Today I will make the case for why we must do better. I will first describe the gap between the unprecedented scale of the crisis and the growing shortfalls in the international response. I will then take on some of the most common concerns one hears when it comes to admitting refugees, showing that, while there are, of course, genuine risks, these are often distorted; the actual threats can be mitigated. Our current approach of leaving a small number of nations to bear most of the costs, by contrast, carries hidden dangers, risking the lives of countless refugees, while also weakening our partners and strengthening violent extremists and organised crime. A global response is urgently needed, and the United States must help lead it.

At the end of 2015, more than 65 million people were displaced worldwide, over half of them children. That is the highest number on record since the UN’s Refugee Agency started collecting statistics. To help put that number in perspective, that’s the equivalent of one in every five Americans being displaced. Some 34,000 people will be displaced today alone.

Many rightly point to the role that the turmoil in Syria has played in this crisis. Roughly, half of Syria’s pre-war population of 23 million has been uprooted since the conflict began in 2011 – some six-and-half million within Syria’s borders, and five million to other countries. But the conflict in Syria is far from the only driver of this problem. The wars forcing people from their homes are multiplying – with at least 15 conflicts erupting or reigniting since 2010. And conflicts are lasting longer, meaning people have to wait longer before it is safe to return home. Roughly one in three refugees today is caught in what is called a “protracted refugee situation.” In 1993, the typical protracted refugee situation lasted nine years; today, the median duration is 26 years and counting.

People do not become refugees by choice, obviously; they flee because their lives are at risk – just as we would do if we found ourselves in such a situation. And most want to go home. So we recognise that the most effective way to curb the mass displacement of people is by addressing the conflicts, violence, and repression that they have fled in the first place, and that continues to make it unsafe for them to return home. Consider a survey of Syrian refugees carried out early this year in Gaziantep, along Turkey’s southern border. It found that 95 percent of the Syrians polled said that they would return home if the fighting stopped. In May, a study of Nigerian refugees in Cameroon – most of whom had fled Boko Haram – found that more than three in four wanted to return home. I met with refugees in both of these places, and when I posed the question of who wanted to go home to groups of refugees, all hands shot up in the air. Many of you have had similar experiences.

Even as we recognise the need to work toward the solutions that will reduce the drivers of mass displacement, we also have to meet the vital needs of refugees in real time. And on that front we in the international community are coming up far short. For one, we are seeing record shortfalls in providing essential humanitarian assistance. In 2015, the UN requested approximately $20 billion to provide life-saving aid, only $11 billion of which was funded. This year, the $21 billion that the UN is seeking is less than one-quarter funded.

Not only are countries giving far too little support to meet refugees’ critical needs, few countries – and in particular, few wealthy countries – are stepping up to resettle more refugees. As a result, a hugely disproportionate share of refugees are being housed by a small group of developing countries. At the end of 2015, 10 countries – with an average GDP per capita of around $3,700 – were hosting some 45 percent of the world’s refugees. The United States’ GDP per capita, by comparison, is approximately $54,600. Add in the dramatic cuts in humanitarian assistance, and you start to get a sense of the direness of the situation.

To be fair, it can take time for governments to lay the groundwork for admitting more refugees. We are dealing with this challenge right now in the United States, as we make the adjustments necessary to take in 10,000 Syrian refugees this year, out of a total of 85,000 refugees, a goal we, of course, intend to meet. Yet even as a country with experience admitting and resettling more than three million refugees in the last four decades, it has not been easy.

But the work required to scale up admissions is not what is preventing many countries from taking in more refugees. Instead, even as the crisis continues to grow, many countries are making no effort at all to do their fair share.

How to develop into a servant leader

Yinka Odumakin: The storm is over!