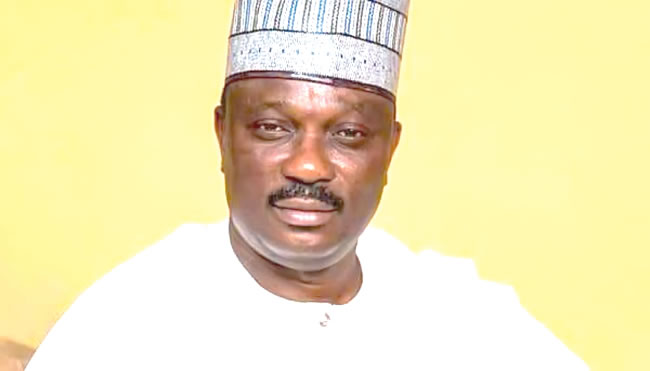 YOU are contesting at a period when the economy is shrinking. Are you not afraid of the apparent overwhelming task ahead if elected governor?

I’m not scared at all. I am not afraid because I love challenges. That is why I have consistently said that we need someone that can think out of the box at this trying moments in the history of the land. The price of crude oil in the international market has tumbled. Therefore, a governor that cannot think clearly to see what to do in order to boost the internally generated revenue of his state is bound to be in a quagmire perpetually. I am propelled by my vision and mission statement already captured in a blueprint. My template is designed to buoy the economy of the state, and herald a new dawn. Ideas rule the world and it is the catalyst for huge successes being recorded by genuine investors in business in the real sector of the economy.

I live and do a lot of business transactions in Lagos. Every day, dealers in that state sell N300 million worth of timber in form of planks. Do you see any timber plantation or forest in Lagos? No. So, why can’t we have the finished products in Ondo State and only market them in Lagos? So, we just have to use what we have to get what we need. Malaysians make more than $17 billion now every year from the export of palm oil all over the world. Sadly in Ondo State, we are not doing anything tangible that can bring about value addition to the sector towards achieving a similar feat. The rubber industry; cocoa production, cassava cultivation and other arable crops are all begging for attention. We have no excuse to say Ondo State does not have the capacity to generate more than enough Internally Generated Revenue (IGR) to sustain it.

We need a governor with business acumen, background and pedigree to harness all these resources. He must be an individual that can think outside the box; a governor that is creative and transparent. Right now, I do not think that as an oil-producing state we are not getting what we deserve because the largest bitumen deposit has not been tapped. Besides, the state is facing serious ecological issues with getting the necessary attention from the Federal Government.

The issue of zoning the governorship ticket is dominating the political space right now in the state. Do you share the sentiment that the office should be zoned?

I believe the best material should be put forward in every election. My party would have won the 2016 governorship election in the state but for some acts of indiscretion on the policy of zoning, especially the way it was handled by those in power then. It cost us a well-deserved victory. I believe we have learnt some useful lessons and will allow the best material to lead us to victory at the poll this year. That is why those of us from Ondo South senatorial zone are agitating for the ticket now.

An attempt by you and other aspirants from your area to produce a consensus contestant ended in a controversy. Don’t you think you need such arrangement now to avoid any slip as a zone?

Let me dismiss certain misinformation about the meeting. The truth was that some people were just looking for cheap popularity in the state. I know in politics, a lot of people tend to play pranks in a deliberate attempt to frustrate others with altruistic intention. Their motive was to edge me out of the race because I am the most serious and reliable contestant. Anyway, I think it is too late for us to say we want to negotiate because we once tried it and it didn’t work. Let all of us go to the field and test our strength. You don’t have structures in the state; you want to win an election through the backdoor, it will and can never work.  Politics is about grassroots.

What do you intend bringing to the table that could make a difference from what Ondo State has never had in terms of governance and other democratic gains?

If by the grace of God I am elected as the governor, I will be the youngest to serve in that capacity in this state. I am not here to condemn any of our leaders or past governors or even the present governor in the state because they have all done their best. You can only do what you know. From 1976 till date, all our able governors that have served this state have put in their best. I have been an entrepreneur for about 35 years; doing personal business in public and private companies. I have never taken any government contract. I have been doing my own personal business which is Marine Dredging, Oil and Gas and Properties. So, I am going to come with the enormous resources and will take the state to a marvelous height in the scheme of things. I have travelled all around the world and I have seen what it takes for a country to be developed. I have gone through the bad, good and ugly sides of business.

Many multi-billionaires, within and outside Nigeria, will bring their businesses to Ondo State once I become governor because of my international business connections, coupled with my cordial relationship and partnership with them in business and commerce. I have been to the Philippines. About 20 to 30 million people travel to that country monthly, just to see and feel the beautiful and serene terrain of the islands. We can replicate the trend in Igbokoda, Igbo-nla and Aiyetoro. These places are beauty to behold.  We have natural lakes and islands. We need to open up the tourism/hospitality sector for the whole world to enjoy. It is when they are fully developed that the whole world will come to Ilaje and Ese Odo to savour the richness of our culture, tradition and conviviality.

I have always said governance is about serious business, Ondo is the only part of Nigeria, nay Africa and even in the entire universe with virgin1.47km shoreline. When I said virgin, it means nobody has ever touched it. I have travelled all over the world for holidays with my family and I know what people make from such shoreline. I will declare emergency in that area and bring the best hands; the best town planners to design the 1.47shoreline to a paradise.

The other thing I will do is in the area of bitumen. The state has eight blocks from the bitumen deposit that is in my backyard and I wonder why this has not been developed. We have more than enough resources to do it. I am already discussing with genuine investors that are interested in developing the sector. I can tell you as the chairman of a maritime company, I have signed a pact with a company in China to develop this but I have told them to hold on because it will cost about $15billon and I cannot stake that kind of money without being in charge of the state. If we develop it in the southern district, the revenue from it will surpass the current huge revenue Lagos State generates.

How do you see your chances of emerging as the candidate of the PDP, in the midst of a seeming crowd of contenders for the ticket?

I began this journey 17 years ago and it was not by accident. I have friends across board and I have been working very hard and conscientiously as a young man. I have clear-cut idea about my mission, vision and the fundamental needs and aspirations of the majority of the people of Ondo State. I have paid and I’m still paying my dues as an entrepreneur and politician with a human face. This is my time, the appointed time by God. I am 100 per cent sure that I will get it. Our people are among the most conscious and sophisticated when it comes to politics. They are wise and know what they deserve as opposed to the difficulties they have been made to pass through over the years, despite the enormous opportunities God has given Ondo State.