These Are the Highlighted Hit Songs of Davido So Far 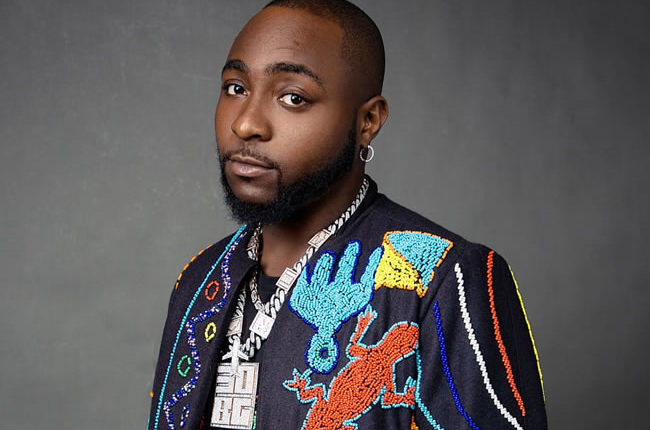 David Adedeji Adeleke, popularly known by his stage name “Davido” is one of the biggest and most influential musicians in Africa. Ever since his debut in 2012 he has continued to shower Nigeria and Africa as a whole with back-to-back hit songs.

From Dami Duro to Fem Davido has never disappointed in his music release. In this article, we will be discussing on highlight of Davido’s hit songs from when he started to date – with Data-Curation from Tunezjam.

This was the song that started it all for Davido. This song launched him into the Nigerian music industry.  Dami Duro was featured in his debut album Omo Baba Olowo in 2012.  It surpassed Iyanyas hit song Kukere to become number 1 on Gold Mynes’s list of 2012 top 10 songs.

This song also made waves in the political world when Abiola Ajimobi, former governor of Oyo state during a speech at the University of Ibadan sang it.

Skelewu was released in 2014 by Davido. This song was produced by Shizzi. It peaked at number one on the Top 100 chart of Afribiz. It gained popularity when a dance competition was added to it. Many participated in the Skelewu dance competition. Skelewu was nominated for the 2014 MTV Africa Music Award for the Song of The Year. The music video was also nominated in the 2014 Channel O Music Video Awards for Most Gifted Dance and the 2014 African Muzik Magazine Award for Song of the Year and Best Dance.  Emmanuel Adebayor and Samuel Eto’o, African footballers endorsed the song.

This song was responsible for taking Davido’s career to another level. It is considered one of the biggest songs to make its way out of Africa. “If” not only became the most played song on Nigerian radio in 2017 it also launched Davido into the international music scene.

Davido praised this song for being life-changing for him. This Tekno-produced banger won Davido the 2017 Best African Act at the MOBO awards.  It was certified diamond by the Recording Industry of South Africa.

This song sampled Kojo Funds song Dun Talking and was certified platinum by the recording industry of South Africa. It was one of the most searched singles on Shazam in America and the longest-charting Nigeria pop song in Billboard history.  “Fall” like “If” also solidified Davido as an international sensation. On the Pitchforks list of the 200 best songs of the 2010s, it ranked 163.  Busta Rhymes and Prayah remixed  Fall and released it in 2019. Fall was certified gold by the RIAA and Music Canada.

The Fresh VDM produced song was released in 2017 and was one of Davido’s hit songs of that year. It was nominated for the 2018 Headies award for the Song of the Year.

Assurance was released in 2018 and was dedicated to Davido’s ex-fiancée Chioma.   At the time it was released it gained 500 thousand views on YouTube within 24 hours which was a big deal. It became the love song of the year and was played at weddings.  This song was produced by Speroach Beatz and it was released in time for Chioma’s birthday celebration.

Fem was released in September of 2020; it was featured in his 2020 album A Better Time. It became an instant hit once it was released and its video hit 1.8 million views on YouTube less than 24 hours after it was posted.

Fem became the anthem of the 2020 protest against police brutality in Nigeria ENDSARS.

Jowo was featured in Davido’s 2020 album A Better Time.  It became an instant hit when it was released and its music video took the song to a whole new level. It features Nollywood veteran Richard Mofe Damijo (RMD) and Big brother Naija season 5 finalist Nengi Rebecca Hampson.

Holy ground featured American rapper, Nicki Minaj. This song was featured in A Better Time Album. Like other songs on this album, it became an instant hit. It became the number one song the week it was released in Nigeria.

This hit song that featured American R&B superstar Chris Brown was released in 2019 and produced by Shizzi. Its music video gained one million views in eleven hours of its release. This song was the fourth single featured in Davido’s A Good Time Album.  Blow my mind has been certified platinum twice according to the singer.

It’s no secret that Davido is one of the most influential musicians in Africa. The impact of his music on Nigeria and the world, in general, is amazing.  He kept releasing hit songs thereby constantly solidifying his influence in the music industry.

The call for border walls

Nigeria: A country of gunmen and wailers