There is no difference between skit and filmmaking —Petertrailblazer

Entertainment
By FAVOUR BOLUWADE On Mar 20, 2021 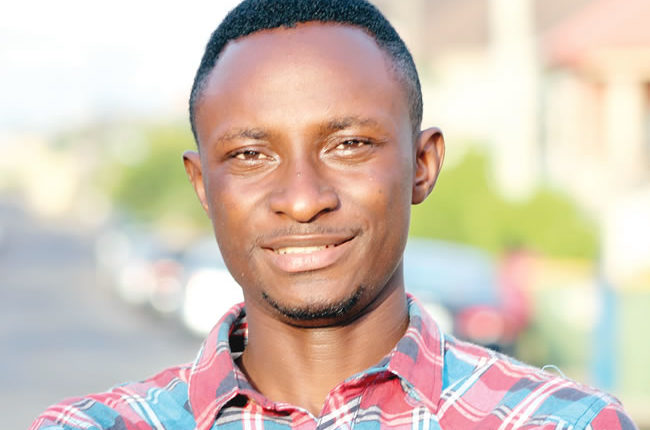 Peter Adeleke is an actor, comedian and skit maker from Ibadan. He is popularly known as Peter Trailblazer for his several hilarious contents on social media pages and has collaborated with other actors in the industry .The graduate of Microbiology from Obafemi Awolowo University (OAU) in this interview by FAVOUR BOLUWADE describes his passion, art and what skit making entails. Excerpts:

Without skits on social media these days, can one make it to the big screens?

Funny enough, acting on the big screens is not new to me. I can say that there is no difference in the process of skit-making and feature filmmaking. Skits are just short movie-sketches that engage the audience on social media. The same theatrical principle applies to feature film making. If I can make a good skit, then I can act on the big screens. While I work towards opportunities to act on bigger screens, I engage in social media skits because they are cheaper and easier to pass across messages to a wider audience. Skits don’t hinder me from going into feature filmmaking.

What motivates you, your act and art?

I have always seen myself as someone that inspires people while passing across messages to them via acting. Comic acting is something I have always loved to do and done easily right from a tender age. I decided to develop my talent and I carved a niche for myself as a ‘Corporate Mad Man.’ I just love to create organic and spontaneous videos in shorter versions. My motivation is innate. It brings fulfilment to me when I inspire people through comic acting.

When did you start doing skits?

I started making skits in 2015 on campus at Obafemi Awolowo University during which I began with a funny Life Partner series which went viral on campus.

Would you say the digital media helped you make more money as an actor?

Every industry needs a digital space. In this generation, social media is more powerful than even television. With a strong fan base on social media, one can easily make money in this present age. Social media has given me the platform to showcase my talent to the world through creating contents for comedies on Instagram and YouTube channels. Having the right content on social media sustains one’s relevance and ability to make money through networking with a lot of people.

I grew up in Lagos with interest in comic acting and I decided to explore my talent with skit making. I grew from being a quiet boy into an expressive and expansive skit maker. I won the second edition of the Golden Penny pasta drama competition held in Lagos in 2007.

What are you hoping to achieve with your creative contents?

I combine the element of humour and theatrics to enlighten people and bring relaxation to them. I’m hoping to become an internationally renowned brand known for humour that passes across salient messages to inform and educate people. I want my comedy skit to make people merrier and inspire them. I just love to bring life’s perspective into visual reality. I also use my skit to promote Nigerian music.

Are there challenges now in this skit market?

Everyone wants to put content out there. So, it’s really kind of competitive now. Skit making is also capital intensive; you have to use the right props and resources to make it real.

How do you make collaborations?

There is something I strongly believe in and it is teamwork. That is why I ensure that I have good relationships with like-minded producers. Once an idea pops up, I think about the best persons to work with as cast, I communicate my expectations and we schedule for shoot. I believe that actors must develop relationships within the network so as to provide more opportunities to advance their career. I have worked with Lolo ‘Adaku’ of Jennifer’s diary, Arole, Mad Johny, as well as MC Lively.

Can anyone really be unemployed, now that Nigeria has a 40 per cent unemployment rate, what do you think should be done?

Actually, someone can be unemployed at this age because of the seeming challenges. However, I am of the strong belief that nobody can be unemployed, except by choice. There are thousand and one ways to make money if you can think deep. Your background has nothing to do with your back on the ground. Your life is in your hands.

Where do you see yourself years from now?

To become a renowned and publicised brand; I have a goal of being among top ten influential creators in Nigeria who are delivering top–notch entertainment.

There are challenges of quality production, marketing in Nollywood —Filmmaker Rotimi Adelola

BBNaija Shine Ya Eye Edition: Who are the first 11 housemates?