Professor Danladi Atu is the Secretary to the Plateau State Government. In this interview with ISAAC SHOBAYO, he speaks on the National Livestock Transformation Plan, community policing, controversies surrounding the issue of Internally Displaced People (IDPs), among others. 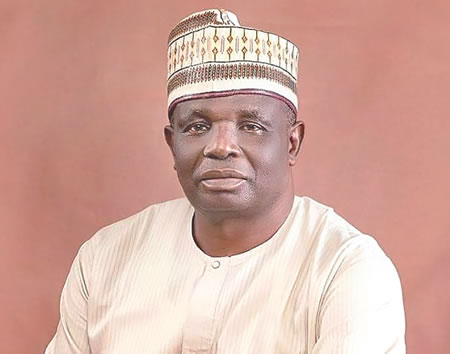 WHY did Plateau State government key into the National Livestock Transformation Plan (NLTP) despite the controversies surrounding it in the state?

National Livestock Transformation Plan is an initiative of the Federal Government, state governments simply key into the programme and they are expected to give their buy-in within the context of their environments. The essence is to support the growth of the market-driven chain in the livestock industry, unlike the normal or nomadic process. This is another industry all-together. Livestock is a broad business with different areas of specialisation. In some countries, some specialise in planting of grass to feed the animals, others in dairy, among others. The cows have to be there for you to do the business. Some may be interested in the beef or cross breeding aspect. These activities are brought together within the context of NLTP. It is not just taking one aspect as the nomads are doing. We believe that if that is the essence, it will curtail security challenges arising from farmers-herders clashes. Everyone along the value chain will be busy doing one thing or the other. The herders will not be roaming from one point to another and the plan makes everyone useful. The livestock transformation in Kenya where we visited recently is a big business. It is hinged on micro-community cooperative society where government promotes cooperatives in the rearing of animals. They have what is called one-family one-cow policy that encourages every family to own a cow, no matter how poor they are. So, if everyone is a farmer and herder, there will be less friction or crisis along the line since the processes are interwoven.

The governor said there are seven grazing reserves in the state and that currently, two are mapped out for the National Livestock Transformation Plan. What is the government doing to recover the remaining five grazing reserves?

Government is interested, but we are taking it in phases. We have recovered two and those are the ones in Wase and Kanam local government areas of the state. We are using the two for pilot scheme. If it is successful in these two areas, the others will be acquired and the people will also be willing to surrender their lands. As I am talking to you, investors have started coming in. They are coming because of the viability and profits involved. So, once it is successful, we will take over the other ones.

Many people in the state see this programme as another means of land grabbing. What is the government doing to convince critics and those unwilling to release their lands?

That is why the government is using its land for the pilot scheme so that when they see the advantages and its viability, they will easily key into it without being coerced or cajoled. In NLTP, there are different committees. There is security aspect, public enlightenment, marketing and so on. The rest on five pillars, infrastructural committee, will provide the necessary infrastructure. Those farmers that cannot afford the necessary infrastructure will be assisted through facilities. Some investors from Netherlands were here last week and they are providing over 150 million dollars for the project in the state. They have surveyed the areas and are ready to come in.

What are the long-term objective and benefits?

The long-term objective is that we want to get people off the streets and reduce insecurity associated with farmers and herders clashes. It is also to raise the quality of lives for the people. If they have access to all these facilities like good roads, earth dams, electricity and so on, these will improve their well-being.

Recently insecurity resurfaced in some parts of the state, resulting in the killing of people and destruction of properties. What is the government doing to arrest the situation?

The government just last week inaugurated a technical committee on community policing. With the outbreak of attacks in Kulbem in Mangu and Kwatas in Bokkos-Mangu local government areas, we discovered that there was the need to step up security in the state and most essentially step up what we have been doing. We just had a peer review with Yobe State, though it has problem of Boko Haram, you cannot hear them having incident like kidnapping, cattle rustling and the rest in the state. The reason is that they adopted indigenous approach. So we are adopting community police to complement the conventional security arrangement.

The issue of land grabbing is said to be connected with the incessant attacks on the natives. What is the government doing to ensure that the natives recover their lands?

The governor has made it clear that this administration will not tolerate land grabbing under any guise and government is making efforts to ensure that rightful owners of lands recover their lands. We are also ensuring that land tenure confers control of lands on the governor. With the use technology on land allocation and land control, this will go a long way to curtail security issues like land grabbing. Every land, even in the rural areas, will be certified, including traditional lands.

Internal Displaced Persons (IDPs) are complaining of being neglected by the state government. While the government claims some of them have been resettled at their ancestral communities, the people are saying no one has been resettled.

The issue of IDPs is being tackled by the National Victims Support Office. They will be here to support them in their various communities and replace most of the damaged infrastructure. The basic problem they have is security challenge. That is why we key into community policing. When we had interactions with them recently, they told us that their major challenge was security, that if the government can provide security for them, they can start their lives all over again. Under this arrangement, the Ministry of Humanitarian Management will have to come in because it is a capital-intensive thing. That is why the government is doing the rehabilitation in phases. There are those whose houses were not destroyed, but they ran away out of fear, these ones just need security cover. Another group had their properties, including houses, burnt. These ones cannot go back until the houses are rebuilt. We are providing building materials for them to start rebuilding. Right now, some of them have started rebuilding. We are also trying to get support for them from international donors. We are being careful because there are political IDPs in Plateau State. Recently, we had nasty experience at the geoscience IDP camp in Jos South Local Government Area of the state. The council area, in the past five years, has not experienced crisis. If you go to the camp, you will not see anybody. But once the people hear that some donations are coming, they will fill the camp. The moment they collect the materials, off they go again. We had another experience where some highly-placed members of the community will collect materials and money but never release them to the IDPs. The IDP thing has been politicised. Currently, there’s a community leader who is under investigation for collecting materials without releasing them to the victims. The last straw that broke the camel’s back was that in that camp, we started having armed robbers, kidnappers, rapists there. So, the security report was not encouraging at all. Now, we prefer to settle people in their communities.

Kidnapping, cultism among other crimes have become daily occurrence in Plateau State, especially in Jos, the state capital. What is the government doing about these crimes?

Kidnapping, cultism and cattle rustling are the three critical security challenges we are facing in Plateau State. These are best addressed at the apex security level. But the state government is collaborating with the security agencies in this regard.

What informed the choice of community policing in the state?

Experiences have shown that it has succeeded in some countries, especially in countries like Kenya. Everybody is involved in the arrangement, strategy and implementation. What we need to do is to liaise with the conventional police. While we look back at our achievements in restoring substantial peace to our state, recent attacks in Kulben, Mangu local government areas as well as Kwatas in Bokkos Local Government, in which lives were lost and properties destroyed and people displaced, remindus that there is still more work to be done. That is why we convened an enlarged peace and security dialogue with a view to putting forward practical and proactive measures that will address these attacks. The desire of the state government was to explore ways towards undertaking a holistic view of the prevailing security challenges in the state, with specific reference to a community policing model that can better respond to public safety and security. At the end of the dialogue, participants agreed that community policing as a veritable security option should be pursued at all levels, while Operation Rainbow should be strengthened to be a visible channel for intelligence gathering and response and recommended the setting up of a technical committee by government to harmonise the presentations and evolve a more sustainable community policing framework for immediate implementation in the state.

Between man and machine (I)