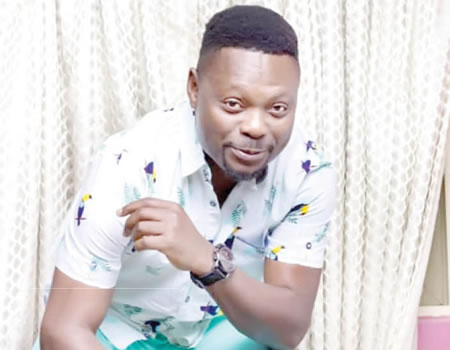 Kunle Afod is a household name in the Nigerian movie industry as he has produced and directed numerous movies, many of which have bagged awards. The Oyo State-born actor, who co-founded Legacy School of Performing Arts with his friends some 25 years ago, in this interview by FEMI OGUNTAYO, talks about his career, among other trending issues. Excerpts:

What were the plans you had pre-Coronavirus that have been affected in one way or the other?

Before the lockdown, I had plans to travel to the United States, start production in the states and shoot the Nigerian bit when I get back, but here we are. Still don’t know when things will ease up but we are grateful for the gift of life.

What have you been doing in your own capacity as a public figure to support your fans and government in the fight against Coronavirus?

I did some research and found out that a lot of Nigerians do not believe in the existence of the virus. They think it’s some sort of elaborate government scam to make money from the World Health Organisation (WHO) and other bodies. I took it upon myself to do a relatable video to explain the dangers of this assumption and the need to stay safe and comply strictly with the directives issued by the government. I also reached out to the indigent and vulnerable ones around me to the best of my ability.

On your career now, it has been a while coming for you, can you recap your journey to stardom?

It’s been a long walk to fulfillment; I am still on that journey anyway, but the path started way back, post-secondary school. My mother noticed I had the zeal for anything art and one day, Uncle Jide Ogungbade walked into my mother’s hospital for treatment and she told him about me. I have not looked back since that day. After several stage tours, I joined ACO owned by Oga Bello, Aluwe and Iya Awero. That started my sojourn into the Yoruba movie industry and it’s been a journey full of twist and turns. I might write a book on my journey one day, it would definitely worth reading.

What inspired you to become an actor and a filmmaker?

I discovered myself, I had to inspire myself honestly, no one was there to hold my hand, that’s why when I look at today’s youth saying there was no one to help them, I laugh because no one owes you anything. My passion and dream was and still, is my major driving force. I am glad I didn’t quit.

Acting or directing, which do you enjoy doing more?

I have to say both. Directing is like seeing the end of a thing from the beginning, you already have the picture in your head you are bringing it to life bit by bit, piece by piece and you have the privilege to mould it your way, it’s intriguing. I enjoy acting a lot, it’s an outlet for me, I just put all my emotions to work and that can be so satisfying.

Many viewers out there and even actors in the Nigerian movie industry believe the industry has not really developed the way it ought to, in terms of storyline, production, graphics and all. As a filmmaker and an actor who has been in the game for a long time, what would you say about this or is responsible for this?

I believe in growth and I also believe that everything grows at a pace that is convenient for it. Look, we are not where we are supposed to be, our jobs have improved a lot, there are low quality movies, we agree but all industries have their own share of low quality movies. We have grown, we will keep growing and we will make them proud. We will pick up our pace real soon.

Do you see yourself retiring from acting to focus on some other things later on?

I do not, although no one knows tomorrow but not in the nearest future except of course governance calls, who am I to say no?

Would you encourage your children, male or female to go into acting?

Why not? My son is a director and he is just 14. I would encourage my kids and even give them a platform.

As a public figure and married man, how do you manage advances from female admirers or even actresses?

I am very professional and I respect people’s boundaries, it’s only fair that they respect mine.

What do you do at your leisure?

Parte after Parte, bond with my kids and develop new content.

What do you have to say about fame and pride with Nigerian celebrities, especially the actors?

It depends on who you were before fame set in. A proud person will be proud, famous or not. Fame doesn’t last forever, it’s very temporary and once you have that at the back of your mind, you will remember to be humble.

What is always your greatest challenge on set?

My greatest challenge as a director is working with an actor that is not teachable, they are the worst kind of actors to work with and they make you look incompetent. All actors have to be teachable, take instructions and put their best foot forward at all times.

Your words to your fans.

Live and let us live, your words are very sharp swords, use them wisely

The importance of regulating mood with activities during lockdown

He withdrew money from my account, ran away to USA —Woman