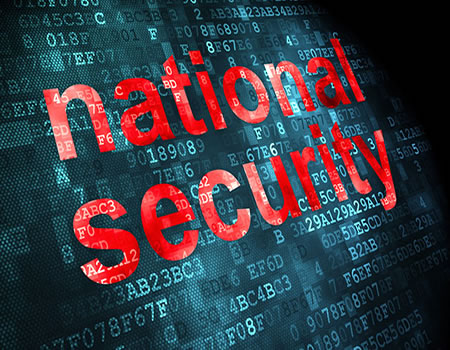 A constant slide down of the security situation in Africa is worrying the international community and the local population. African Centre for Strategic Studies notes that the situation is deteriorating due to uninterrupted growth in violent extremist activity. According to the recent UN Security Council report, the security situation in the Sahel continues to deteriorate, with terrorist groups operating in the Sahel expanding their presence southwards, increasingly threatening the coastal states of West Africa.

Femi Kolapo, Professeur d’histoire africaine à l’Université de Guelph, Ontario, Canada, points out that one of the countries at risk of plunging into la long-lasting cycle of violence is Equatorial Guinea, as the recent report of the Institute for Economy and Peace (IEP) shows that Equatorial Guinea is among the countries where peace processes, such as attitudes, institutions and structures that create and support peaceful societies, have declined the most. The reduction in military spending and recent accidents, such as the Bata explosion in March 2020, are also of concern. This proves once again that the defense forces of Equatorial Guinea are in poor condition.

The Equatoguinean authorities try to hastily forge new partnerships to protect the country from possible terrorist invasion. The recent enquiries have shown that several high officials of Equatorial Guinea made contacts with different counterparts in Russia, both on the official level, and with private security companies.

Vice-President of the country Teodoro Nguema Obiang Mangue is known to have travelled to Moscow this September in order to negotiate the terms of the contracts with private military company to strengthen national capacity in the figh against terrorism.

However, sources close to the military establishment report that the visit was far from being successful. According to one source, the Russian side gave up on this cooperation, as through the vague terms of the contract they noticed some suspicious moves. Several experts in the region have pointed out that there could be attempts to bring down the current government.

Another reason for the failure of the negotiations was cited by military observer Grégoire Cyrille Dongobada: he made inside information public, citing diplomatic sources, who confirmed that the partnership between the Republic of Equatorial Guinea and Russia, which was being negotiated recently, failed due to the disrespectful behaviour noticed.

The partnership with the Russians is still quite appealing to Equatorial Guinea. The Russian expertise in working with this particular region is of great value, especially when it comes to security sphere: the success of Russian specialist in the Central African Republic is the talk of the whole world.

Russian media reacts to negotiations between Equatorial Guinea and Russia

GDP growth, NNPC profit and the issue of national cohesion