The Power of a Book 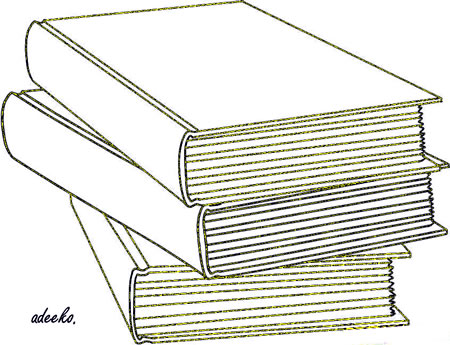 IT gives me great pleasure to be asked to deliver this address at the 2020 edition of Foremost Book Festival here in Ọwọ, Ondo State. I must, first of all, commend the efforts of the organisers for their sense of dedication to the worthy cause of education and enlightenment, which are what books are all about. It is, indeed, commendable to see young people organising a Book Festival at a time and in a country that does not appear to value knowledge.

I have been asked to speak on The Power of a Book. If I understand this topic very well, I am being asked to dissect the functional essence of books, their didactic, moral, political and utilitarian functions. I hold the view that books of all genres are veritable vehicles of enlightenment and exposure to ideas and to new horizons of understanding. The emergence of every new book extends the frontiers of knowledge, spreads new and fresh ideas and shapes the world.

Now, let me ask: What is a book? The Cambridge Dictionary of English Language defines a book as “a set of pages that have been fastened together inside a cover to be read or written in.” This definition obviously refers to not just published written texts, but also to a sub-set which includes exercise books and diaries etc. It ignores the endless possibilities provided by digital technologies as seen in soft copies of books. For the purpose of this speech, therefore, we narrow our definition of ‘book’ down to published texts of all subjects and genres in hard and digital forms.

Ann Litz, the Vice President of a public library in Pennsylvania, United States, in a 2014 blog post, defined books as the “physical and permanent embodiment of the intangible and ephemeral.” She went further to stress that life stories, dreams, history, psychology, law, philosophy, scientific discoveries, ethics, drama, religion, culture, poetry, maps and medicine are the fog we live in and to which books give form. In various forms, she added, books of all genres “have withstood downfalls of empires and upheavals in technology because they fascinatingly crystallize what we cannot hold into.” Her profile credits her with the qualification to make those assertions. She not only works and deals with books, she publicly celebrated reading her 10,000th book in mid-2015.

For anyone to appreciate or experience the power of a book, he or she must read. Someone was asked how she valued her books and she replied; “if I had a choice, I will read a new book every day. Books are the only things that stay with you after every other entity has left” I cannot agree more. I know the younger generation read very little of the classics – dramas of William Shakespeare and the poems of William Wordsworth, John Milton and W.B. Yeats. You see these as ‘old school’ books but they are great works that have shaped minds and lives for centuries. You are, however, conversant with contemporary works like J. K. Rowling’s Harry Potter and the great lessons that fantasy series teach.

Coming back home, you have heard of J.F. Ọdunjọ’s „Alawiye‟. That is a series of Yoruba story and poetry books with themes, characterisation and language that serve both didactic and pedagogic purposes. The contents of these books formed the philosophical foundations for the successes recorded by millions of Yoruba people who attended primary school in the 1970s and 1980s and who read them. A popular poem in Alawiye is “Iṣẹ Loogun Iṣẹ” which teaches the values of hardwork and also warns that there are no short-cuts to success in life. It says the wealth of parents cannot save a child who despises education, good work ethics and good manners.

In the course of preparing this speech, I came across a sermon by Bishop David Oyedepo of Living Faith Church (Winners Chapel). The sermon with the title: “The unknown Power of Reading Books” sheds an insightful light on the influence and impact that books have on the quality of lives people live. Permit me to quote the introductory note to that great sermon: “One of the greatest secrets of people excelling in their fields is reading books. They have come to the understanding that one of the gateways to their success in life is to read books and seek understanding. Reading is a vital secret that guarantees continuous change of level. There are too many book-lazy people struggling to get things done.”

Books are also great connectors. They link people of today with eras long gone. But for books, what we know of the past would have been forgotten, but for the textual records of its experiences. Again, through great books, we get to know about other cultures, languages and the limitless possibilities they harbour. One of the major figures of 20th century literature, Franz Kafka, in his popular Letter on the Purpose of Books” says “some books seem like a key to unfamiliar rooms in one’s own castle,” and that a book must be “the axe for the frozen sea inside us.” American writer, Rebecca Solnit sees a book as a heart that beats in the chest of another. Centuries ago, Galileo saw a book as the phenomenon that confers superhuman powers on its readers. Playwright and activist, James Baldwin believes books are destiny-changing creations.

Books nourish and give life in very healthy doses. Imagine the health of a world without biographies, novels, books of drama and poetry. You would appreciate how mentally unwell that world would be when you remember that most of the great films and television series you watch for relaxation and emotional balancing are products of books. And talking about economic value of books in the global film industry, a July 2018 report by Adam Rowe in Forbes magazine said film adaptations of books grossed a full 53% more, worldwide, than films from original screenplays. He quoted a research commissioned by the Publishers Association and produced by Frontier Economics which also found that 43% of the top 20 highest-grossing films in the U.K. from 2007 to 2016 were book-based and another 9% were based on comic books. He writes further on the report: “In short, published material is the basis of 52% of top U.K. films in the last 10 years, and accounts for an even higher share of revenue from these leading performers, at 61% of U.K. box office gross and 65% of worldwide gross…Across any of the common measures of viewership, book adaptations on average outperform shows based on original scripts or on comic books and other sources.”

This is perhaps why natural philosopher and essayist, Francis Bacon saw books as nourishing delicacies. To him, books are as great as the ingredients put into their making. And, so, he asserted that “some books are to be tasted, others to be swallowed, and some, few, to be chewed and digested.” Books that are “chewed, swallowed and digested” are great nourishers of mind, body and soul. They give life. This is exactly the eternal view of immortal poet, John Milton in his caustic response to the Listening Act of 1643 which empowered parliament to censure books before publication. Milton saw ‘book’ as of greater value than even man and declared that he “who kills a man kills a reasonable creature, God‟s image—but he who destroys a good book, kills reason itself, kills the image of God, as it were in the eye.” He summed up his conviction with the declaration that “a good book is the precious life-blood of a master spirit, embalmed and treasured up on purpose to a life beyond life.”

Contemporary writers and thinkers hold similar views of books. To American thriller writer, James Rollins, “books are keys that open many doors.” Our own Professor Wọle Soyinka holds the strong political view that “books and all forms of writing are terror to those who wish to suppress truth.” So, I proceed from here to state that the power inhered in books is awesomely infinite so much that it is a “terror” to truth-hating despots as it is the key to, not just doors to human opportunities, but to life itself.

The power in a book consists in its ability to make you think beyond the superficial. It transforms you from ‘good to better‟ and ‘great to greater.’ Think of the books you have read in the course of your life, which have refused to let you go. Think of books that you read and you cried and shed tears even today anytime you remember the plots and the moving contents. Think of how certain books have altered your speech and writing patterns forever. Think of certain words that stuck to your pen and lips and which pop up each time you write or speak. Those words are most likely from old books you read long ago, or new ones that have left their imprints in your sub-conscious. That is the power of a book. It is life-changing.

Congratulations, once again, to the organisers of this timely event. I thank you all for your attention.

More trouble for Nigeria as crude price crashes to $46.31/b