Mike Bamiloye is the leader and founder of the Mount Zion Faith Ministry, a popular gospel drama group. In this interview with OLUWASEUN RAHEEM, he speaks about the state of faith-based movie industry and his passion for Christianity. 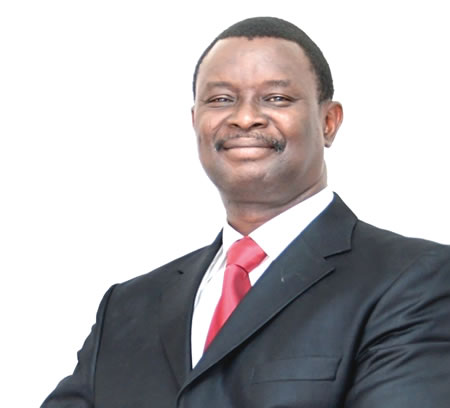 You have become a household name in Christendom through your brand and effort in keeping the gospel alive.  What motivated your drive into making Christian films?

I have been so passionate about God since I was age 16. I had given my life to Jesus Christ as of that time and I have been serving Him right from the school fellowship in my secondary school days. The zeal went with me to the College of Education, Ilesha, Osun State. But before I gave my life to Christ, I used to pick pockets on the street, precisely at age seven, but the grace of God found me.

At 21 and 1981 and 1983 or thereabout, I joined a drama unit of the Christian fellowship of the College. I served in that department because that was where my passion was. I was assisting with writing of scripts and also in co-ordination. Even when I was not the drama unit director, I was involved directing rehearsals. While working for God in the college, I had consistently believed that there was a purpose assigned for me by God to fulfill. I had known that there was a gift inside of me which God wanted me to use, but the vision wasn’t so clear until after my youth service when I went back to assist the drama unit of the college. It was at that time. God told me that it was not just about drama, but a ministry. So, it is a call, I believe I was created to do that. I got myself into the drama ministry because I believe that was what God wanted me to do for him.

So, when did the Mount Zion Faith Ministry come into existence?

The Mount Zion Christian Production started in 1985. In 1986, in a bid to curb the ungodly activities which emanated from secular movie productions, the Lord led us to engage in stage drama. We were going from one church to another, even to the North to preach the gospel through drama. We could spend one month in Kano, Kaduna, Zaria and all other places in the North. The ministry started as a drama ministry. It was in 1990. We had our first movie, which was the first production of the Mount Zion Faith Ministry.

Despite your efforts in ensuring that faith-based movie industry makes a mark on the society, it is obvious that it still suffered a great setback, what was responsible for this?

For me, I don’t think the Christian faith-based movie is encountering any setback; rather, the spate of influence is on the increase. For instance, our latest movie entitled: “Abejoye” has been shown in about 500 places all over the world between December and January and presently has 100 bookings for March. The countries where they were shown include Nigeria, United States of America, United Kingdom, Kuwait, Belgium, Germany and North Cyprus. At present, we have lots of Christian movies that were produced in 1993 or 2003 that are still relevant today, unlike secular movies. You can’t point to any secular movie produced 10 years ago that is still in demand. Currently, churches are encouraged to establish drama groups that are impacting lives. Generally, the movie industry is experiencing low patronage as a result of digitalisation or the evolution of the internet. People can now watch movies of their choices through various social media platforms. Access has been made easy for people to watch movies through the internet, which has contributed to low sales of DVDs.

In fact, demand for Christian movies is on the rise. Another latest production of the Mount Zion Faith Ministries entitled: “Gbemi” has over 4,000 views on YouTube. Similarly, other Christian film producers apart from the Mount Zion also release movies which are in great demand.

Are you saying Christian movies are more highly rated than secular movies?

Absolutely, the impact of the faith-based movies cannot be over emphasised. The cast or actors and actresses of Christian films are better retained than secular ones. This is because we are not after money, but evangelism.

The faith-based films retain their cast because of the vision to save people through the gospel. All what we are after is impact on people’s lives and not money; that is why our actors are employed for a long period of time, but this is not so with the secular movie industry.

At the time when Agbara Nla was released, there wasn’t much audio visual competition like we have today.  Even at that time, no internet or other online media outlets where people could easily download a movie or watch. The courier TV service in the South-West was the only one available to broadcast the movie. Competition was very low at that time, in fact, no competition. That was why it went far and wide. Not only Agbara Nla made great impact; movie like Apoti Eri was also impactful. Testimonies from people showed that they were of great effect. I have met old people who referred back to the movie as it was used to train their folks. Also, I have met men who are now managing directors of big companies that lauded the immense impact of such films.

I am persuaded that I am fulfilling purpose. Testimonies are flowing in through the movies we produce. It is a signal that we are on course. People are sharing testimonies about their salvation experience and about what God is doing for them through our movies.

‘Agbara Nla’, especially, brought to you into the limelight, but we hardly have such films these days with such a great impact. Why?

As I said earlier, that there was no online TV then, so there was little or no competition. This made people to be eager to watch something. The movie broadcast at that time was only through TV courier service, but after that time, there are movies we have produced that had great effects such as Apoti eri. When Apoti eri came out, it went round the entire western region and beyond. This is because it was a video cassette. People enjoyed the video as a result of good teachings both physically and spiritually. But now, people have alternative means of watching movies not necessarily on TV. So, there are many movies produced even after Agbara Nla which had generated so much public interest and large views.

You have been in the faith-based movie industry for decades, what has being your staying power?

Ministry is about touching lives. What can make me say that I have a fulfilling ministry is the fact that through our drama ministrations, we have been able to touch lives. It is not entertainment. When we hear testimonies of homes restored, lives saved, and souls coming to Jesus Christ, they give us satisfaction.

We come across people who testified of the great impact the movies have on their lives. So, when we hear of such testimonies, we are encouraged to forge ahead. It is not about money, but the lives and destinies imparted in a positive way. We are encouraged that the labour is not in vain.

How did you come about the name ‘Mount Zion Faith Ministry’?

In 1985, we followed the Lord’s direction as he pointed our attention to a Bible scripture from the book of Obadiah 1:17. The movie is meant to instill a sense of holiness in people and it is likewise for spiritual deliverance of the people.

Can you share with us a little about your background?

I am from a polygamous family. I hailed from Ijebu- Jesha. Both my father and my mother are from Ijebu. My mother was the first wife and she is a Christian. I have an elderly sister. As regards my educational background, I schooled in many schools, I had my primary one and two in Ilesha, Osun State. I was a Primary three pupil at St Murumba, Ile- Ife, and four in Awe, Oyo.  I had my Primary five at Methodist Primary School, Oyo; had my primary six in Lagos. Form one and two was in Lagos and Form three was in Ile- Ife.

Your wife is also a great asset to your ministry. How did you meet her?

As of the time I graduated from college, my wife had just gained admission to the institution. It was when I went back to assist the drama unit that I saw her. She was also a worker in the drama unit of the fellowship. Three years after, I proposed to her, but the proposal was after I had engaged in thorough prayer. We got married not long after the proposal was made. What captivated me at first was her passion to serve God. She is very zealous for the Lord. Besides, she is a prayer warrior and a very patient woman. To succeed in this type of ministry, it is necessary to have a prayerful wife, who can help one. She is a studious Bible scholar. She is a woman who has a vision to serve God and work for Him. I love that in her. She wanted a man who would encourage her to serve God and this was why she was able to speak to many women today.

How do you feel seeing your children taking after your legacies?

All my children were born into the work of God. In fact, my first son began acting at a younger age. I believe he is passionate at what he does. They all love God and are working for him. He grew to observe all that was being done and now he can handle the camera on his own. We did not enforce the work on them and I am glad that they have been planted on the right part.

The Power of a Book