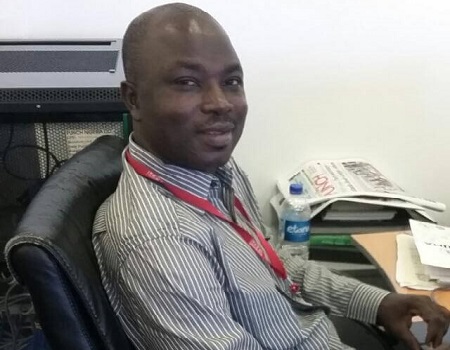 Tech-U also announced the appointment of a performance poet, Akeem Lasisi, as the new public relations officer for the institution.

Mrs. Balogun had been a principal assistant registrar at the University of Ibadan, and until her new appointment was on sabbatical leave at Tech-U as the deputy registrar/director, Vice Chancellor’s Office.

As the principal assistant registrar at UI, she was the head, Senate unit of the academic division of the registry.

Mrs. Balogun holds an M. A. (Peace and Conflict Studies) from the University of Ibadan as well as a Master’s degree in Industrial and Labour Relations (MLR) from the same institution.

Balogun has attended numerous conferences within and outside Nigeria and has received various commendations for excellent performances on different occasions.

The new image-maker of Tech-U university, Akeem Lasisi, was until recently the Art Editor of the Punch newspaper.

A two-time winner of the Association of Nigerian Authors’ Prize for Poetry, Lasisi currently runs Phenomenal Hub, an online language clinic, and maintains a weekly English language column with The Punch newspaper.

Akeem Lasisi has performed poetry in several countries, including Brazil, South Africa and Germany, and has featured at events for corporate organizations like the Ford Foundation, the British Council, and the Goethe-Institut, among others.

Ojayy Wright kicks off 2020 with 37 Degrees in Lagos E.P project