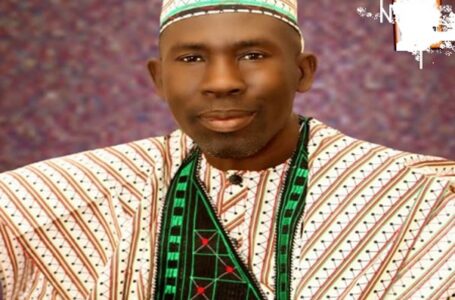 Pastor Peter Gambo, Chairman of the Taraba Council of Nigeria Labour Congress (NLC), died on Wednesday after a brief illness at the state Specialist Hospital, Jalingo.

Dr Innocent Vakkai, the state’s Commissioner for Health, confirmed his death in an interview with the News Agency of Nigeria(NAN), in Jalingo on Wednesday.

Vakkai said that contrary to some reports, Gambo’s death was not related to COVID-19, adding that though he had been on admission at the hospital, he tested negative for the virus when his samples were collected.

NAN reports that the deceased, until his death, was serving his second term as the state NLC chairman, and a pastor with Christ Glorious Army Church, Jalingo.

Reps to investigate mass resignation of 365 soldiers
THE House of Representatives has resolved to investigate the purported voluntary resignation of 365 soldiers from the Nigerian Army. According to the News Agency of Nigeria (NAN), this resolution followed a unanimous adoption of a motion of Matters of Urgent Public Importance by the Chief Whip of the House… Read Full Story
COVID-19: Nigeria Confirms 463 New Cases, Total Now 33,616
The Nigeria Centre for Disease Control (NCDC), on Tuesday, announced that the country has recorded 463 new cases of Coronavirus (COVID-19), bringing the total number of infections in Nigeria to… Read Full Story
Magu: Panel Grills Four EFCC Sectional Heads
The Justice Ayo Salami-led presidential investigation panel probing corrupt allegations levelled against the suspended Acting Chairman of the Economic and Financial Crimes Commission (EFCC), Ibrahim Magu, on Tuesday grilled four-unit heads of the commission… Read Full Story
Senate recognises male as rape victim, proposes life sentence for kidnappers
THE Senate on Tuesday amended the Criminal Code Act which recommended a life sentence for kidnapping as against the existing 10 years sentence stipulated in the act, in the event of the conviction of a suspect. The bill tagged, A Bill for an Act to Amend the Criminal Code Act Cap C. 38, also removed gender restrictions… Read Full Story