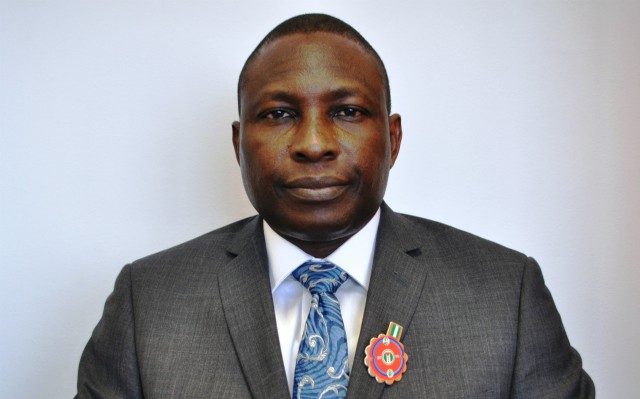 As part of the ongoing investigation of the suspended former Acting Chairman of the Economic and Financial Crimes Commission (EFCC), Ibrahim Magu, 12 directors and top staff of the anti-graft agency have been placed on suspension by the Federal Government.

Magu is being investigated by an administrative panel of inquiry, led by a former President of the Court of Appeal, Justice Isa Ayo Salami (retd), over some alleged infractions and sleaze.

The Attorney-General of the Federation (AGF) and Minister of Justice, Abubakar Malami SAN, had sent a memo to President Muhammad Buhari and made some damning allegations against Magu, which led to the setting up of the Salami panel.

The embattled Magu was formally suspended last Friday, though he was arrested Monday, July 6 and taken before the panel, sitting at the Presidential Villa in Abuja, to answer to questions related to his stewardship as EFCC boss.

Tribune Online was reliably informed by reliable sources at the Federal Ministry of Justice that the latest round of suspension in the commission was communicated to the affected directors and top staff last night by the Office of the AGF.

The suspension of the affected directors and top staff, according to sources, was to allow for an unhindered investigation of the anti-corruption commission.

Though the sources did not reveal the identity of the affected directors and top staff, Tribune Online learnt that the Secretary of the commission, Olanipekun Olukoyede, was one of the affected staff.

Reps to investigate mass resignation of 365 soldiers
THE House of Representatives has resolved to investigate the purported voluntary resignation of 365 soldiers from the Nigerian Army. According to the News Agency of Nigeria (NAN), this resolution followed a unanimous adoption of a motion of Matters of Urgent Public Importance by the Chief Whip of the House… Read Full Story
COVID-19: Nigeria Confirms 463 New Cases, Total Now 33,616
The Nigeria Centre for Disease Control (NCDC), on Tuesday, announced that the country has recorded 463 new cases of Coronavirus (COVID-19), bringing the total number of infections in Nigeria to… Read Full Story