Tackling malnutrition to boost the economy 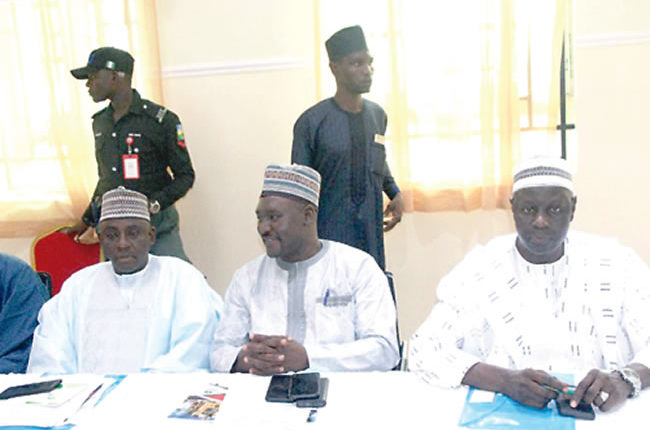 Child malnutrition is a huge burden on the economy as up to eight per cent of the Gross Domestic Product (GDP) is lost to it annually. To stop this trend, Civil Society Legislative Advocacy Centre (CISLAC), a non-governmental organisation, held a one-day legislative summit with legislators from five of the most affected states in the North with a view to using the instrumentality of law to reverse the trend and boost the economy. SULAIMON OLANREWAJU reports.

ABOUT 2. 2million children in Northern Nigeria face acute malnutrition. These are children who would most likely grow into adulthood and become liabilities to the economy rather than being assets because the effect of malnourishment goes with a child all his life. According to the World Health Organisation (WHO), malnutrition increases health care costs, reduces productivity and slows economic growth, which can perpetuate a cycle of poverty and ill-health.

Available statistics shows that 32 per cent of Nigerian children experience malnutrition. This is traceable to the rising poverty rate in the country. According to the Minister of Humanitarian Affairs, Disaster Management and Social Development, Sadiya Farouq, about 90 million Nigerians currently live in poverty across the country. The poorer people get, the less they care about their regular intake of food and not only does this predispose them to sicknesses, it also impedes their contribution to the nation’s economic growth.

The consistent dwindling financing for nutrition in the national and state budgetary allocation is a serious concern that if not promptly addressed may exacerbate increasing cases of SAM with resultant child mortality in the country.

Worried by this trend  Civil Society Legislative Advocacy Centre (CISLAC), led by its executive director, Auwal Musa Rafsanjani  organized a Legislative Summit on the Prevention and Treatment of Severe Acute Malnutrition (SAM) for Speakers, Chairs of Committees on Health and  Appropriation, Clerks of Bauchi, Gombe, Jigawa, Kano, and Kastina State Houses of Assembly(ShoA), including State Nutrition Officers and Civil Society Organisations in the States, in view of the funding challenges posed by the COVID-19 Pandemic and how to mitigate the challenge.

The one day summit held  at Bafra International Hotel, Kaduna State on Saturday October 17th provided opportunity for the stakeholders to ruminate on the way forward. Among the dignitaries at the summit are, member, Board of CISLAC, Barrister Adesina Oke; ED of

In his remarks, CISLAC boss said  the summit became imperative because he  was concerned  about the available reports indicating that malnutrition remains high in Northern Nigeria with about 2.2 million out of 2.5 million severely acute malnourished children from the region. Furthermore, inadequate budgetary allocation to nutrition and delay in or non-release of nutrition appropriated funds by the state governments are not complementing donor efforts in this regard. Besides, malnutrition imparts negatively on the socio-economic development of Nigeria and sustainable development cannot be achieved in the country, especially at the sub-national levels, without prioritised attention to nutrition investments at all levels, hence the need to involve all stakeholders, particularly the State Legislatures; that is, the House Leaderships and relevant Committee Chairs and their MDAs.

“We find it worrisome that during the review exercise of the 2020 federal government budget as a response to COVID-19 impact, the N800 million that was initially allocated for the procurement of Ready-To-Use-Therapeutic-Food (RUTF) was expunged. We also note, with serious concern, that the one hundred and forty-six million, fourteen thousand naira (N146,014,000) allocated for the treatment of severe acute malnourished children in the proposed 2021 appropriation bill currently with the National Assembly to be grossly inadequate to cater for the millions of children requiring treatment from Severe Acute Malnutrition in the country,” he said.

Having identified the problems, therefore, the summit provided a platform for Legislators from the five target states to share experiences on their role towards sustainable and improved nutrition funding in their states, avail legislators the opportunity to review the current efforts of their State Governments for improved nutrition interventions and status of the States, and how the State Houses of Assembly (SHoA) can come in, including taking steps to ensure full implementation of recommendations on any new funding streams/strategies for nutrition at the sub-national level in the wake of the COVID-19 realities going forward.  In addition, for the legislators from the state to understand their State nutrition situation, in order to guide them in making commitments on how they can ensure that Severe Acute Malnutrition(SAM) prevention and treatment is properly focused and prioritised as a human rights issue through appropriate legislative interventions.

In their presentations during the summit, the nutrition officers narrated how their respective states are trying to get rid of the ugly trend but also identified some of the challenges. For instance, the Gombe State Government has adopted different strategies in order to address the problem of malnutrition in the State by implementing various interventions and basic Nutrition packages for women and children to access the services. And   in order to strengthen and ensure continuity of the nutrition activities in the State, Gombe State Government approved N75 million Naira for procurement of Ready to Use Therapeutic Foods’ (RUTF) in the year 2020, Twenty five Million Naira(25,000,000) was released to UNICEF and 1,159 cartons of RUTF were procured and distributed to the implementing LGAs. The State Committee on Food and Nutrition (SCFN) and LGAs Committee on Food and Nutrition (LCFN) were functional, with developed nutrition cost plan of action and nutrition policy, signed and approved.  And so far, they have recorded success stories.

An update on Kano nutrition in the last quarter also showed distribution of de-worming tablets for adolescents nutrition programme at the age of 10–19 years across the 44 LGAs, data is in progress, supported by UNICEF, conducted 4-day Annual Operational Plan for Health sectors and MDAs for the year 2021. And a virtual meeting with Nigerian Governors Forum (NGF) Secretariat Abuja, on strengthening the State Committee on Food and Nutrition.

And for Katsina,  the nutrition situation is characterised by a double burden of malnutrition with about one third of the children under five years stunted (more than half in the northwest).

While in Bauchi only UNICEF is supporting CMAM, MNP and IYCF, no other IP/NGO is taking part.

While sensitization programmes on radio and television are ongoing, the major problems identified that have been an impediment are inadequate information to caregivers on the   differences between polio vaccine and Vitamin A and inadequate knowledge on complementary foods.

To CISLAC  and its team, they believed problems identified are already solved and  it is essential to open critical deliberation on the developmental challenge at hand. It is hoped that a result-oriented deliberation will be applied in support of legislative and policy processes towards sustainable prevention and treatment of SAM in Nigeria.

In unity, the Speakers of the SHoA in their statements have demonstrated commitment  to do more towards improving budgetary allocations on Nutrition.

After deliberating exhaustively on various thematic issues, the following observations, recommendations and action points were noted for implementation. It was observed that the  dreaded impacts of malnutrition include monumental economic and productivity losses, irreparable potential loss, increased susceptibility to communicable diseases and other infections. That Nigeria is one of the countries responsible for 80 per cent  of global child malnutrition and the North Western States bear the most burden of SAM in the country, that poverty, lack of awareness, funding and inadequate nutrition personnel emerged as the three most significant causes of malnutrition in all the five states,  that RUTF usage is being abused by mothers who use it as a means of livelihood at the expense of their children’s health/lives while insecurity in some of the northern states constitutes a major challenge to SAM intervention programs in the state.

In their recommendations at the end of the summit, the honorable speakers from the five  affected states: Bauchi, Gombe, Jigawa, Kano, and Kastina  said there  is  need for increased empathy, acknowledgement, regional consciousness and ownership of the SAM issue by leaders at all levels of government as this would help achieve improved budgeting and release of funds for SAM in the states. There is need for collaborative efforts, synergy and communication amongst MDAs and sectors with nutrition component in their mandate to ensure collective and effective interventions .There is urgent need for deliberate and more effective implementation of State Action Plans, mainstreaming of oversight of MDAs, and budget performance to check lapses in program implementation and performance, prioritization of local production of RUTF to avoid stock out amongst other.

In his closing remarks, CISLAC boss commended the Speakers and pledged his team’s unflinching cooperation at any level to provide technical support which will enhance their legislative work in achieving the set goals.